The video of Roger Federer congratulating Cori Gauff in Wimbledon's All England Club was shared by WTA on Twitter, which has gone viral since then. 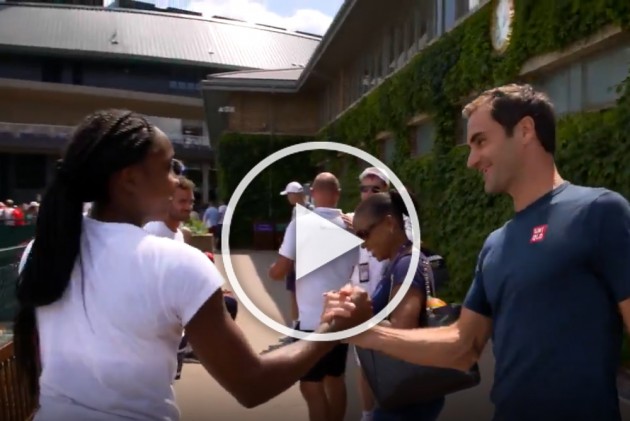 15-year-old Cori Gauff is currently living the best days of her youthful life. After knocking out Venus Williams in Wimbledon's first round, the American also defeated Magdalena Rybarikova in the second round. But before the win against the Slovakian, Gauff was seen having a small conversation with none other than Roger Federer.

The video of Federer congratulating Gauff in the All England Club was shared by WTA on Twitter, which has gone viral since then.

The video was captioned as, "Yeah, we got that on camera!"

Yeah, we got that on camera! ðÂÂÂÂÂÂðÂÂÂÂÂÂ@CocoGauff meets @rogerfederer! pic.twitter.com/ir204b88f2

Since hitting the limelight, Gauff is also being called the "next big thing" in tennis.

The tennis star grew up in Georgia. Her father played university basketball, and her mother was a gymnast and athlete. Gauff was a wild card entry in the Wimbledon qualifiers.