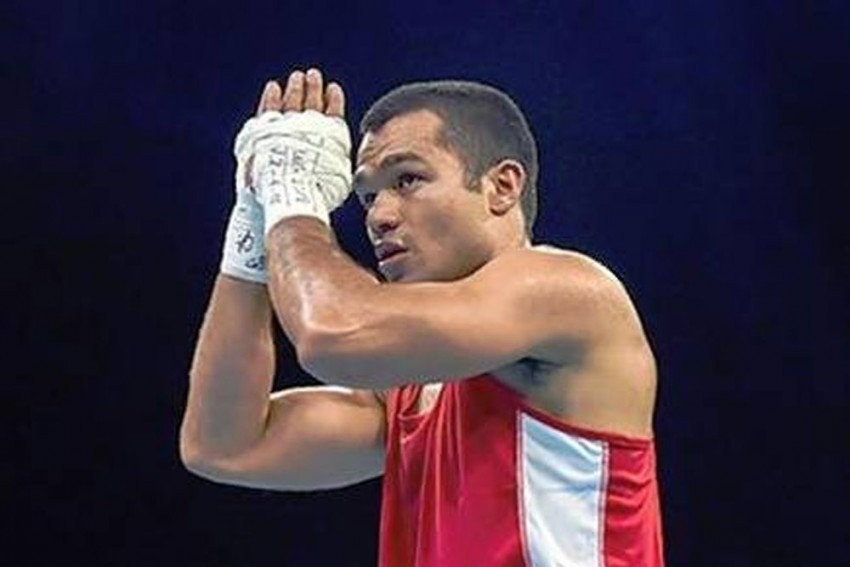 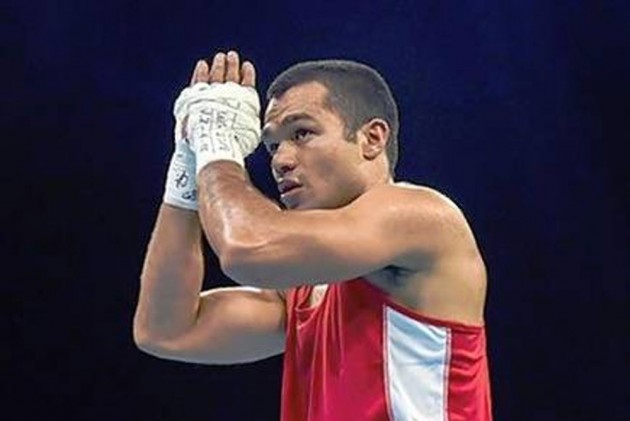 Top Indian boxer Vikas Krishan has decided to revive his professional career in the US instead of training at the national camp in Patiala as he believes conventional is just not good enough for a podium finish at next year's Tokyo Olympics. (More Sports News)

He has no plans of going back even though the Sports Authority of India (SAI) decided to allow him to return after an inquiry.

"I will continue training here (in Bengaluru). I have fallen into a rhythm and I don't wish to disturb myself by once again taking the trip to Patiala. I don't see the point," Vikas, who is training under American coach Ronald Simms at the IIS, told PTI in an interview over phone.

Asked about the controversy in Patiala, and Vikas offered a philosophical take.

"I have never harmed anyone. I have made mistakes but the intent is only to do well for the country. I have never caused problems for anyone else. That's all I have to say," he said.

The 28-year-old Haryana-lad is more eager to talk about his plans to return to the US, where he continues to have a contract with Hall of Famer Bob Arum's Top Rank Promotions.

The welterweight (69kg category) boxer will compete in the 70kg division in the pro circuit.

"As soon as I manage to get a flight, I am going to the USA. I am in touch with Top Rank Promotions. They have promised to arrange fights for me and I hope to compete in 3-4 bouts before the Olympics," he said.

"That would help my Olympic chances more than anything else because it is in the pro circuit that I learnt the crucial lesson of not believing in luck. It is all about ability, there is nothing called luck," added the former world bronze-winner, who won his two pro bouts before returning to amateur circuit last year.

The Asian Games and Commonwealth Games gold-winner will be making third Olympic appearance in Tokyo next year. He is the most experienced among the five men who have made the cut so far.

"I took a break from professional with due permission from my promoter to pursue my Olympic dream. Now that I have qualified, I will go back to pro to prepare myself," he said.

Talking of preparations, do High Performance Director Santiago Nieva and national coach C A Kuttappa know of his plans?

"They know and they are supportive. They know what I am capable of and they have encouraged me. I have also got immense support from Boxing Federation of India Executive Director R K Sacheti," he said.

Less than a year away from his third Olympics, Vikas said he has never enjoyed boxing as much as he does now.

"If you watch me fight now, you can see the artistry. In my past two Olympics (2012 and 2016), I used to be bothered by pressure and expectations, not anymore. I fee free of that.

"This has made boxing very enjoyable for me. Earlier there was an element of stress," he explained.

His friend Neeraj, also a pro boxer, has been a constant in his life for the past few years and Vikas said he is grateful for the support.

"I don't think I will be able to do as much for him as he has done for me. He has come to train with me, support me whenever I have asked him," he said.

Amid the strenuous preparations, has he factored in the COVID-19 mayhem, the one which forced the Olympics to be postponed and which still is a threat to the Games going ahead even next year.

"I am destined to win an Olympic medal. Olympics will happen because God can't be so cruel to me. I know that," asserted the boxer.