Raul Jimenez suffered a fractured skull and underwent surgery after a sickening injury in Wolves' win at Arsenal on Sunday, the club have confirmed. 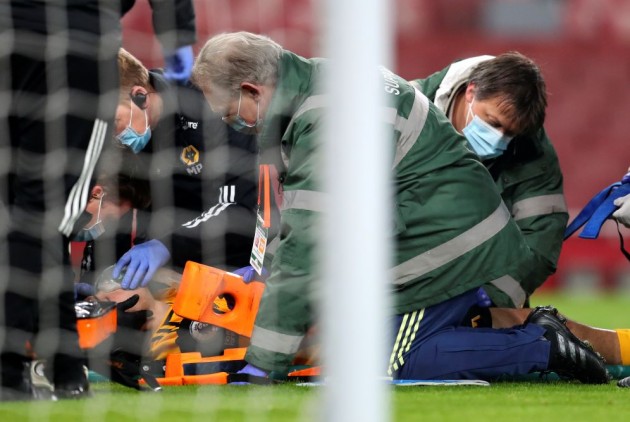 Raul Jimenez suffered a fractured skull and underwent surgery after a sickening injury in Wolves' win at Arsenal on Sunday, the club have confirmed. (Football News)

Jimenez collided heavily with Arsenal centre-back David Luiz when defending a fifth-minute corner at Emirates Stadium and left the field on a stretcher after receiving oxygen and lengthy medical attention.

Wolves provided an update on Monday, confirming the nature of the injury and adding that the Mexican was "comfortable" after an operation.

"Raul is comfortable following an operation last night, which he underwent in a London hospital," read a club statement.

"He has since seen his partner Daniela and is now resting. He will remain under observation for a few days while he begins his recovery.

"The club would like to thank the medical staff at Arsenal, the NHS paramedics, hospital staff and surgeons who, through their skill and early response, were of such help.

"The club ask that Raul and his family are now afforded a period of space and privacy, before any further updates are provided in due course."

Managers Nuno Espirito Santo and Mikel Arteta wished Jimenez well following the match, with much of the post-game talk centred on the 29-year-old's health.

The visitors managed to retain their focus to win the contest 2-1, with all three goals coming in the first half.