Chasing a target of 127, rode to victory on a match winning partnership of 51 runs between Sushma Verma and Sune Luus in Sharjah 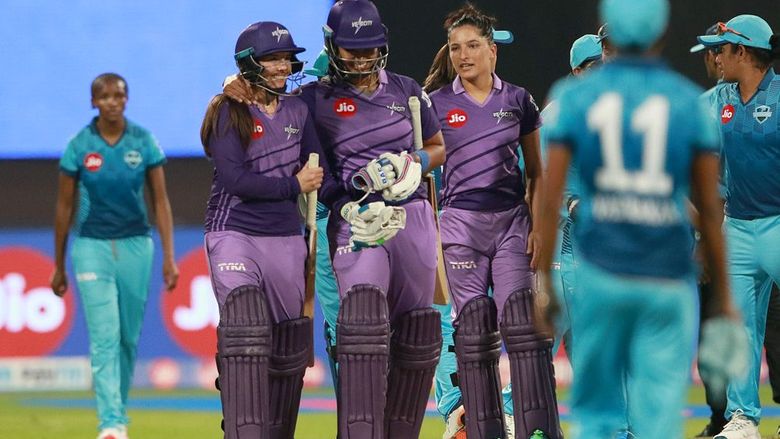 Velocity rallied from behind to defeat defending champions Supernovas by five wickers in the inaugural match of the Women’s T20 Challenge in Sharjah on Wednesday. Sushma Verma (34) and Sune Luus (37 not out) were main contributors in Velocity's successful chase.

Batting first, while Velocity bowlers struck at regular intervals, Supernovas managed to set a good total of 126 for 8 in 20 overs. Sri Lankan international and opener Chamari Atapattu scored 44 runs of 39 balls studded with two fours and equal number of sixes.

Skipper Harmanpreet Kaur added quickfire 31 of 27 balls. Shashikala Siriwardene (18) and Priya Punia(11) were the other two players who reached double figures. Velocity were kept in the match with Ekta Bisht snaring three wickets making full use of a sluggish pitch. Bisht picked up Jemmiah Rodrigues, Radha Yadav and Shakera Selman.

While Jahanara Alam and Leigh Kasperek snared two wickets each. Jahanara accounted for both the top two scorers of Supernovas- Harmanpreet and Chamari Atapattu.

Chasing,  Velocity reached the target with a ball to spare. At one point Velocity looked in trouble needed 65 in 74 balls and were four down. But Sushma Verma and Sane Luus counter attacked taking the game deep. Luus the hit the winning runs.

This was first competitive cricket for women international players.
Luus who was adjudged the player of the match said, "It was difficult that we needed 62 in 42 when I walked in. They were bowling well. Sushma rotated the strike well with me. I didn't find the surface too difficult at all. It was coming onto the bat. This is such a great opportunity to be here, in these crazy times. It's extremely great to be playing again. Really enjoying it."

The winning captain Mithali Raj said it was challenging to take to the field after such a long break. “For Jhulan (Goswami) and me it's been long. Back to back games can be difficult, because we aren't getting time to recover, but that is what it is," Raj added.