Former champions Thailand, South Korea and the Philippines also qualified for the 12-team continental women's showpiece to be held in India for the second time after 1979. 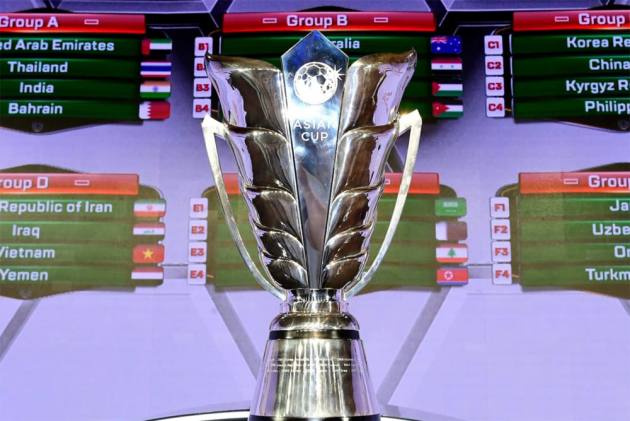 Indonesia joined four other countries, including first-timers Iran, in qualifying for the AFC Women's Asian Cup to be hosted by India in January-February next year. (More Football News)

Indonesia topped Group C in the qualification tournament in Dushanbe, Tajikistan on Monday to ensure their fifth appearance in the tournament while Iran emerged Group G winners for their debut participation.

Former champions Thailand, South Korea and the Philippines also qualified for the 12-team continental women's showpiece to be held in India for the second time after 1979.

The tournament, which will also serve as the final stage of Asian qualification for the 2023 FIFA Women's World Cup in Australia and New Zealand, will be held in Mumbai, Navi Mumbai and Pune from January 20 to February 6.

South Korea, who had finished third in 2003 as their best performance, will be making their 13th appearance after topping Group E, while the Philippines won Group F for their 10th participation.

Thailand, who won the 1983 edition, topped Group H for their 17th appearance in the tournament.

Three other teams -- winners of Group A, B and D -- remain to qualify for the tournament in which India is the automatic qualifier as host side. The country will be making its ninth appearance in the tournament.

Asian powerhouses Japan, Australia and China have also already qualified for the tournament as winners, runners-up and third-place finishers in the last edition in 2018.

Japan will be taking part in the tournament for the 17th time while China will be doing so for the 15th while Australia will be appearing for the sixth time.

The tournament was earlier to be held in Ahmedabad, Bhubaneswar and Navi Mumbai but the venues were changed in view of the COVID-19 pandemic.

Ahmedabad and Bhubaneswar were dropped and replaced by venues in Mumbai and Pune in order to minimise travelling time for participants and ensure an "optimum environment" for a bio-secure bubble.