Verma struck 57 off 50 balls with six hits to the fence in Sixers' successful run chase against Hurricane, who made 125 for nine. 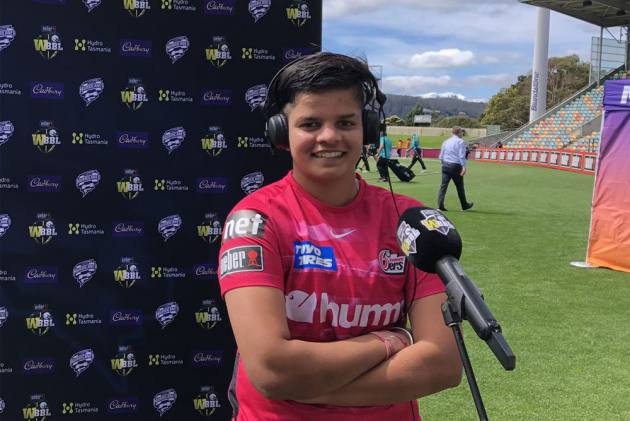 Young opener Shafali struck 57 off 50 balls with six hits to the fence in Sixers' successful run chase against Hobart Hurricane, who made 125 for nine.

Apart from Shafali's knock, Sixers skipper Ellyse Perry hit 27 runs off 33 balls as they reached 129 for five in 19.3 overs.

Left-arm spinner Radha got rid of compatriot Richa Ghosh (46 of 46) and Sasha Moloney (22 off 16 balls) to help Sixers restrict Hurricane to a modest total.

In another match, leg-spinner Poonam dismissed experienced Beth Mooney (40) and Heather Graham (6) to help Brisbane Heat restrict Perth Scorchers to 137 for seven after inviting them to bat first.

Heat also ended up at the score of 137 for nine and later Scorchers won the contest via one-over eliminator.