The BCCI has not announced the teams for T20 Challenge yet but Indian players, both international and uncapped domestic, have been informed about their selection 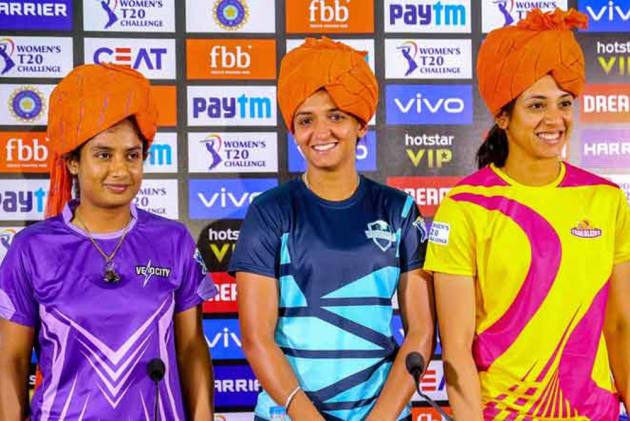 Thirty-odd Indian players due to take part in the Women's T20 Challenge in the UAE next month have been asked to assemble in Mumbai by October 13 but quarantine requirements have put a question mark over their preparedness for the three-team competition. (More Cricket News)

The BCCI has not announced the teams yet but Indian players, both international and uncapped domestic, have been informed about their selection.

After arriving in Mumbai from various parts of the country on October 18, the players will quarantine for more than a week and they will be tested multiple times in that period. The players are likely to depart for UAE on October 22, after which they will go undergo a six-day quarantine like all players competing in the men's IPL.

They will enter the event's bio-bubble after three negative RT-PCR tests. The tournament will run from November 4 to 9.

"The players have been informed and a whatsapp group has been created. A few U-19 players have also been picked. It will give them a lot of exposure," a BCCI official told PTI on Friday.

Veterans Mithali Raj and Jhulan Goswami, who have retired from international T20s, will feature again in the tournament.

In all likelihood, all four matches will be played in Sharjah, the venue for 12 IPL games which also happens to be the smallest ground among the three IPL venues.

After undergoing quarantine Mumbai and UAE, the players will have less than a week to acclimatise to the conditions, having not played the game for more than six months. The IPL teams arrived in UAE a month in advance.

"It will be a challenge for sure. We have been training individually but the intensity of a team environment cannot be matched. We will quarantine in Mumbai for more than a week and then another week in Dubai.

"There will be three to four days before the event starts. Obviously, it is not going to be easy to perform," said a player on conditions of anonymity.

Amid the raging COVID-19 pandemic, there were question marks over the event until BCCI president Sourav Ganguly assured that it would be taking place during the IPL play-offs.

The BCCI is zeroing in on the foreign players for the competition but they will be mostly from the neighbouring Sri Lanka, Bangladesh and a few from England and West Indies, who haven't landed WBBL contracts.