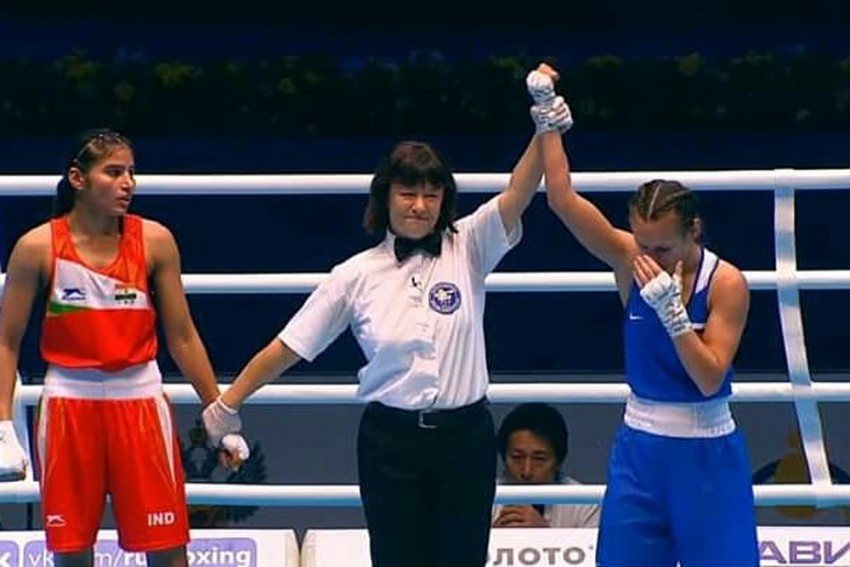 The Haryana-boxer, who was seeded sixth, went down 1-4 to the second-seeded local favourite in the first final of the day.
Courtesy: Twitter
PTI 2019-10-13T14:31:33+05:30 Women's World Boxing Championships: Manju Rani Ends Phenomenal Run With Silver Medal 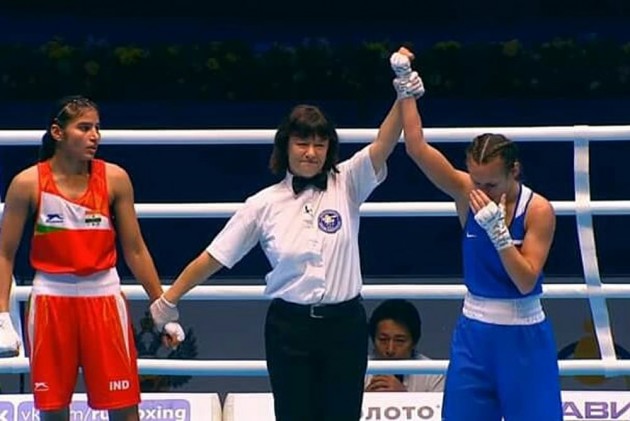 The Haryana-boxer, who was seeded sixth, went down 1-4 to the second-seeded local favourite in the first final of the day.

Rani, who turns 20 on Saturday, was the lone Indian to make the finals after six-time champion M C Mary Kom (51kg), Jamuna Boro (54kg) and Lovlina Borgohain (69kg) settled for bronze medals. In the case of Borgohain, it was her second successive third-place finish.

There was very little separating Rani and her rival, both of whom looked to attack in the first round. The Russian stood out for her near-perfect left hooks in the opening three minutes.

In the second round, the Indian connected some good straights and seemed to have the upperhand over the crowd favourite.

The proceedings slowed down in the final three minutes when both the boxers adopted a cautious approach. There was quite a bit of holding, requiring the referee's intervention quite a few times.

However, at the end of it, the Russian emerged victorious perhaps for her a shade sharper reflexes. The Indian contingent was however visibly upset after the Paltceva's hand was raised as the victor.

Rani broke into the national camp only this year by winning the national crown for Punjab after not getting the selection nod in Haryana.

Earlier this year, she won a silver medal on debut at the prestigious Strandja Memorial Tournament, one of Europe's oldest and most competitive boxing events.

Rani hails from Rithal Phogat village in the Rohtak district of Haryana. The youngster lost her father, a Border Security Force officer, to cancer in 2010.