Athletes taking part in FINA's World Aquatics Championships were involved in an accident in South Korea's Coyote Ugly club where a balcony collapsed. 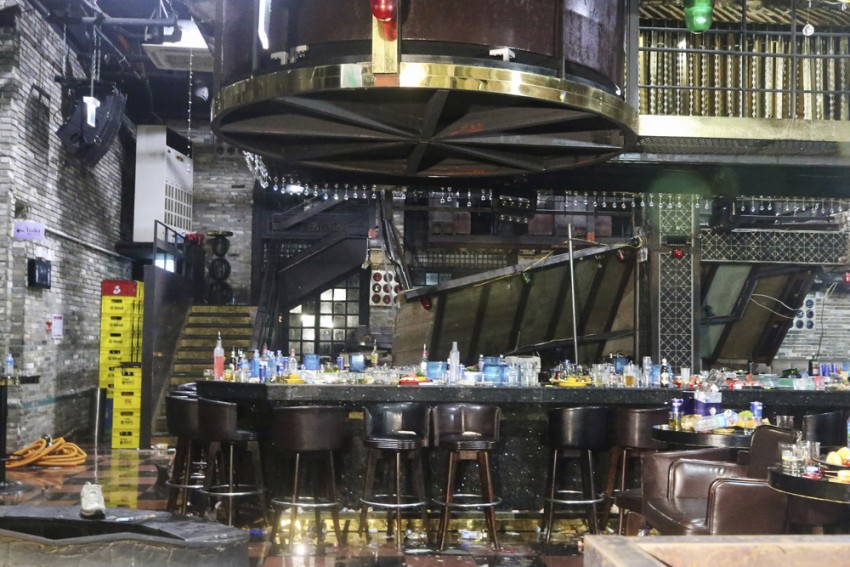 The balcony at the Coyote Ugly club close to the athletes' village was a mangled wreck after it gave way and plummeted around five metres (16 feet) onto people below
AP
PTI July 27, 2019 00:00 IST World Aquatics Championships' Swimmers Injured In Fatal South Korean Nightclub Balcony Collapse 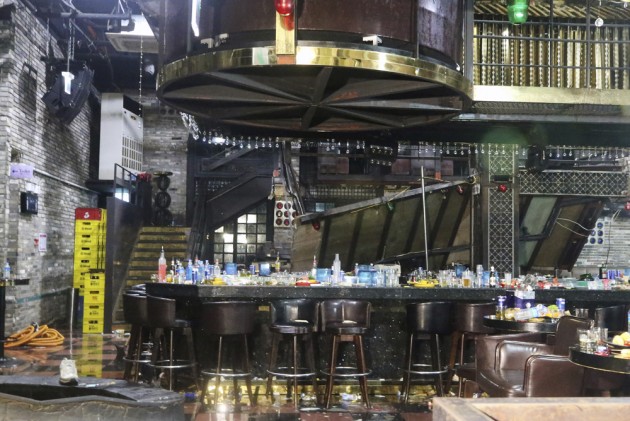 Athletes taking part in swimming's World Aquatics Championships were injured in an accident in South Korea, where a balcony collapsed. There were eight athletes present.

The balcony at the Coyote Ugly club close to the athletes' village was a mangled wreck after it gave way and plummeted around five metres (16 feet) onto people below, sending terrified clubbers running to the exit screaming.

"An internal balcony collapsed at a club in Gwangju, killing two," said Song Gi-ju, a detective with the Gwangju Metropolitan Police Agency.

"We have a total of 16 injured and among them 10 are foreigners. Of the 10, eight are athletes participating in the championships." Song said the two dead were locals and not involved in the swimming championships, adding that police were investigating the possibility the balcony may have been illegally constructed.

The eight injured athletes include three Americans, two New Zealanders, one Dutch, one Brazilian and one Italian. Police said earlier that among the Americans was a male diver and a female polo player.

"A structure collapsed all of a sudden with people standing on it. Screams filled the area with broken parts flying all over, said a 32-year-old who was injured in the collapse, according to South Korea's Kukmin Ilbo.

"The site of the collapse was at the centre of the club where customers were most heavily located," said the party-goer, surnamed Kim.

A 38-year-old and a 27-year-old were rushed to hospital in grave condition but both died from their injuries, according to local media.

The world championships organising committee said the eight athletes were treated for minor injuries and have returned to their accommodation. Another will have stitches on a leg wound Saturday.

"This is an awful tragedy," said Christopher Ramsey, CEO of USA Water Polo.

"Players from our men's and women's teams were celebrating the women's world championship victory when the collapse. Our hearts go out to the victims of the crash and their families." Ramsey added that all the American water polo players were "safe".

The Australian water polo team were also present but escaped without injury.
The New Zealand men's captain told Radio Sport: "We were just dancing and then the next minute we dropped five or six metres and everyone started rushing out of the club after that.

"We, I guess, fell on top of the heads of other people that were beneath us." Swimming's world body FINA said it would "activate all measures to ensure health care and assistance is provided whenever necessary".

"FINA deeply regrets the situation and sends its best wishes to any victims of this accident," it added.

The world championships end on Sunday.