Manish Kaushik (63kg) defeated Kyrgyzstan's Uulu Argen Kadyrbek 5-0 in the only bout of the day for India at the World Boxing Championships. 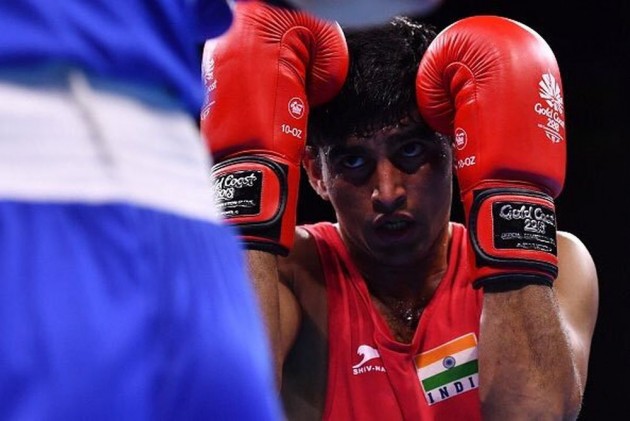 Kaushik prevailed 5-0 in the thoroughly lop-sided opening-round bout. He will next face the Netherland's Enrico Lacruz. (SPORTS NEWS)

The only Indian in action on Thursday, Kaushik was advised to keep his distance from Kadyrbek by his corner and he executed the plan to perfection.

The first round was relatively uneventful before Kaushik took control of the proceedings with his accurately-placed combination punches.

It also helped that his rival was neither quick and nor had the ferocity in punches to cause any concern for the Indian, who got the unanimous nod of the judges.

On Tuesday, Brijesh Yadav (81kg) won his opening bout to enter the round of 32.

The IOC took control of the Olympics qualification process, which will now start next year with the Asian qualifiers in February.