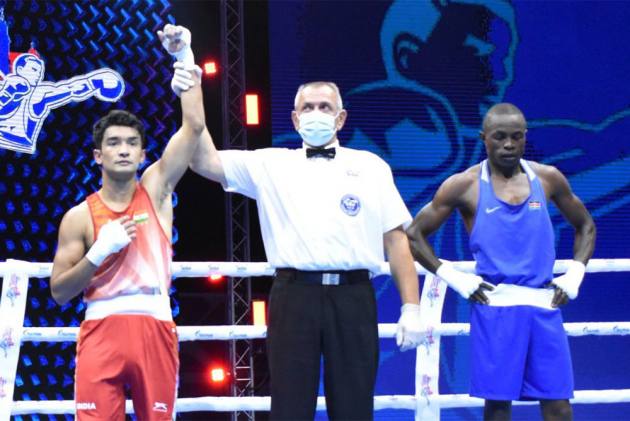 The seasoned Shiva Thapa (63.5kg) entered the second round, while tournament-debutant Deepak Bohria (51kg) advanced to the pre-quarters of the AIBA World Boxing Championships after dominating victories in their respective opening bouts in Belgrade on Tuesday. (More Sports News)

Asian silver-medallist Bohria was equally dominant against Kyrgyzstan's Azat Usenaliev, also notching up a 5-0 win to enter the round of 16.

Bohria has a tough one at hand on November 1 as he will be up against Kazakhstan's Saken Bibossinov, an Olympic and world championships bronze-medallist.

Earlier on Monday night, debutant Akash Sangwan (67kg) also sailed into the second round with a comprehensive 5-0 triumph over Turkey's Furkan Adem.

Another debutant Rohit Mor (57kg) gave India a winning start by outpunching Ecuador's Jean Caicedo 5-0 in a confident opening-round performance this evening. Next up for him is Bosnia and Herzegovina's Alen Rahimic.

While Sachin will face American Robby Gonzalez in the second round on October 30, Sanjeet will be up against Russian Andre Stotskii in his opening bout on October 29.

With more than 600 boxers from over 100 countries in fray, a lot of competitors will have to win at least three bouts in some categories to get to the quarterfinal stage.

Later tonight, Sumit (75kg) will take the ring against Jamaica's Damon O'Neill. Also in action would be Narender Berwal (+92kg), squaring off against Poland's Oskar Safaryan.

The gold-winners at the showpiece will walk away with a prize money of USD 100,000.