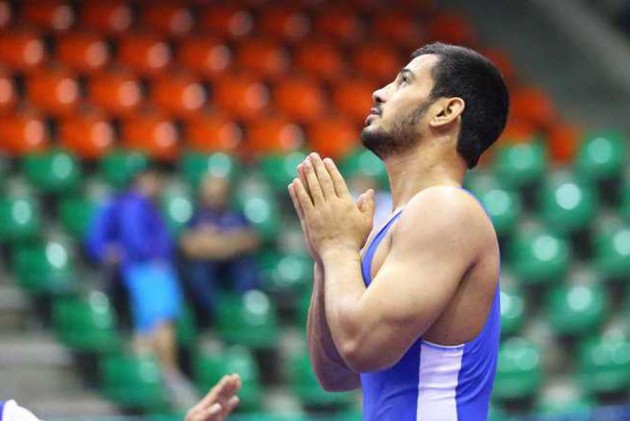 In a dismal start for India, none of the four Greco-Roman wrestlers in action could win a round on the opening day of the World Championships, in Nur-Sultan (Kazakhstan).

If the winners against the Indians reach the title-clash, they will get repechage rounds to be in contention for bronze medals.

In his pre-quarterfinal, Yogesh, who had finished fourth at the Asian Championship, lost a point due to passivity and two more to trail 0-3.

Towards the end of the first period, the American pushed Yogesh out to make it a healthy 4-0 in his favour.

Just before the end of first minute in the second period, Yogesh earned a point and added four more with back-to-back gut-wrenches to lead 5-4.

However, he lost the lead on counter-attack by Bunker, who made it 5-5 before settling the bout by pushing the Indian out.

In 82kg, Harpreet Singh was expected to put up at least a good fight but he was outplayed by Petr Novak from Czech Republic.

Harpreet just pushed the shoulders and arms of his opponent to hand a passivity point to the Czech.

In the second period, Novak extended his lead with a two-point throw and successfully employed a Take-down to make it 5-0.

Time was running out fast but Harpreet could not do much and conceded two more points to lose the bout by a comprehensive margin.

In the toughest possible draw, Manjeet was pitted against reigning world champion Eldaniz Azizli from Azerbaijan in the pre-quarterfinals.

Manjeet gave his all but that was not enough as he lost by Technical Superiority.

In the 63kg, Sagar could stay on the mat only for about two minutes, losing his Qualification round by Technical Superiority to local wrestler Almat Kebispayev.

The Indian lost a point for passivity and then suffered two consecutive four-points throws to be ousted from the Championships.