In reply, Modi thanked Kapil saying that the cricket legend 'has been a constant source of inspiration for all sports lovers' in the country 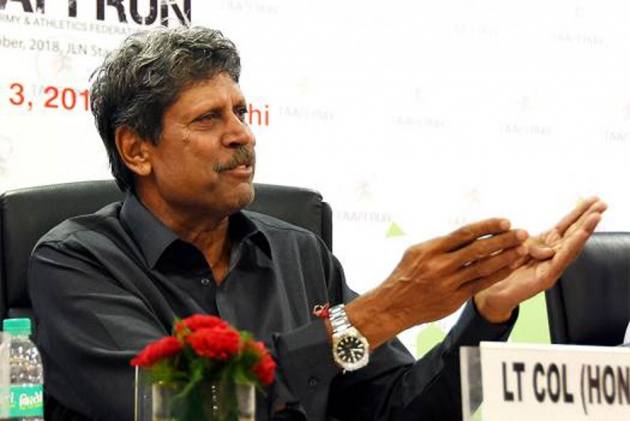 Modi on Monday (August 16) hosted the Tokyo Olympic-returned Indian athletes for breakfast at his residence. He had applauded the Indian athletes' tremendous show during the 75th Independence Day celebration at the Red Fort.

"Often, people only care about a sportsperson’s success. When someone fails, they are forgotten. However, the most important thing in an athlete’s life is to know that
there is someone who cares about their struggle, regardless of success or failure," Kapil wrote in his column for The Statesman.

Kapil added that from the PM's actions, "it is clear that his respect is for the effort that sportspersons put in, and not necessarily just medals. This shone warmly in his post-Olympics interactions with Olympians that recently played on television where he spent time with both the winners and the triers."

In reply, Modi thanked Kapil saying the legend has been the source of inspiration for all sports lovers in the country.

"Thank you @therealkapildev Ji for the kind words. You have been a constant source of inspiration for all sports lovers. All of us have to work together and ensure Indian sports reaches new heights in the times to come," Modi wrote in his reply to Kapil Dev's tweet.

Thank you @therealkapildev Ji for the kind words.

You have been a constant source of inspiration for all sports lovers.

All of us have to work together and ensure Indian sports reaches new heights in the times to come. https://t.co/gb1aifZBW0

Indian athletes returned from Tokyo with a haul of seven medals, including javelin thrower Neeraj Chopra's historic gold in track and field. It was the country's best-ever show at the Olympics.