Australia toppled India in the standing in the ICC World Test Championship after the revision with a percentage of 82.22 compared to the latter's 75 per cent 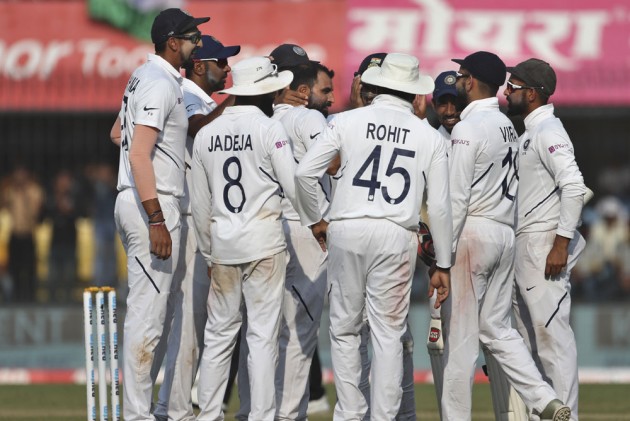 India on Thursday slipped to the second position in the standings of the ongoing World Test Championship (WTC) after the ICC decided to rank teams "in order of percentage of points earned" from the contested matches. (More Cricket News)

Australia (296 points from 3 series) toppled India (360 points from 4 series) in the standing after the revision with a percentage of 82.22 compared to the latter's 75 per cent.

With the global COVID-19 pandemic disrupting cricket, "just under half of the World Test Championship matches have been played, with that estimated to rise to more than 85% by the end of the competition window."

According to current regulations, incomplete matches are treated as draw but after due deliberation, the ICC Cricket Committee, headed by Anil Kumble, recommended that the final WTC standings should be determined on the basis of matches played, which was approved by the Board.

"Both the Cricket Committee and Chief Executives Committee supported the approach of ranking teams based on completed matches and points earned as this reflects their performance and doesn't disadvantage teams that have been unable to compete all of their matches through no fault of their own," ICC Chief Executive Manu Sawhney said.

"We explored a whole range of options, but our Members felt strongly that we should proceed as planned with the first ever World Test Championship Final in June next year."

The Board also approved the introduction of an Excluded Persons Policy as part of the ICC Anti-Corruption Code with immediate effect.

The policy enables the ICC ACU to exclude corruptors who are 'non-participants' to the Code to prevent people who attempt to corrupt the sport from involvement in the game.

It will also make it an offence for 'participants' to the Code to associate with excluded non-participants.

"This is a significant addition to the ICC Anti-Corruption Code and enables the sport to impose an exclusion order on known corruptors preventing them from any involvement in cricket activities including playing, administration, financing, attendance or any kind of involvement in a league, team or franchise," Sawhney said.

"It will allow our ACU to better disrupt the activities of non-participant corruptors which currently the ICC have little, if any, control over. This is crucial if we are to continue to protect the integrity of our sport."

The Board also introduced a minimum age restrictions of 15 years for international cricket "to improve safeguarding of players which will apply across all cricket including ICC events, bilateral cricket and U19 cricket."

"To play in any form of men’s, women’s or U19 international cricket players must now be a minimum age of 15."

However, a Member Board can apply to the ICC to allow a player under the age of 15 to play for them in exceptional circumstances.

"This could include where the player’s playing experience and mental development and wellbeing demonstrates that they would be capable of coping with the demands of international cricket."