Vinesh Phogat, the seventh seed, will need to produce her best to enter the medal round at World Wrestling Championships. She faces Rio Olympic bronze medallist Sofia Mattson, then has possible match-ups against two-time world champion Mayu Mukaida of Japan, and last edition's runner-up and top seed Sarah Hildebrandt 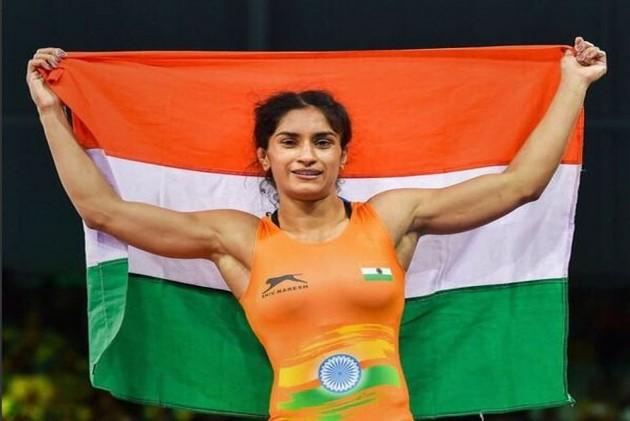 In her quest to become the first Indian woman wrestler to finish on the top podium at the UWW World Wrestling Championships, Asian Games gold medallist Vinesh Phogat faces a path littered with some of the biggest names from the wrestling world as the women’s freestyle events get underway in Nur-Sultan, Kazakhstan on Tuesday. It would need the marquee grappler to summon her very best as she returns to the elite competition a year after having to pull out due to elbow injury.

The 25-year-old switched to 53kg from 50kg and despite some initial struggles, she has found her groove, as evidenced by her three gold medals at the Yasar Dagu, Poland Open and Spain Open. A bronze at the Asian Championships along with a couple of silver medals at the Dan Kolov and Medved International tournaments gave enough testimony to the fact that the star wrestler was beginning to find her comfort level even in her new weight category.

For Vinesh to show that confidence and conviction, and earn a medal for India, she has to overcome some familiar opponents tomorrow. In the qualifying rounds, the seventh seed faces Rio Olympic bronze medallist Sofia Mattson and a win over her will fetch her a chance to compete against the two-time world champion Mayu Mukaida of Japan.

If Vinesh can manage to overcome that hurdle, last year’s World Championships runner-up and top seed Sarah Hildebrandt will await in the quarter-finals. While Vinesh has got the better of both Mattson and Hildebrandt this season, Mukaida stopped her at the continental event in April.

In 50kg, all Indian hopes will rest on the shoulders of the second seed Seema Bisla, who won gold at the Yasar Dogu 2019 Ranking Series tournament in July. The higher seeding doesn’t exempt her from facing a quality opponent as early as the opening round and she could possibly begin her campaign against three-time Olympic medallist Mariya Stadnik of Azerbaijan.

A win will put her in the way of either European Games bronze medallist Miglena Selishka or Yasar Dagu silver medallist Ekaterina Poleshchuk.

Lalita Sehrawat, the former Commonwealth Games silver medallist and Asian Championships bronze medallist, will be representing India in 55kg. As the 12th seed, she kicks off her challenge against Mongolia’s Bat Ochir, the 13th seed. A win will set up a possible quarter-final showdown with America’s third seed Jacarra Winchester.

In 72kg, sixth-seeded Komal Bhagwan Gole will be in contention for a berth in the quarter-finals when she faces off against Turkey’s accomplished Beste Altug. Should she manage a win there, she has a tough proposition in the next round as she will have to square off against the top seed Zhamila Bakbergenova of Kazakhstan.

Naveen in hunt for a medal

After a dismal couple of days, Naveen (130kg) on Monday became the only Indian Greco-Roman wrestler to reach repechage, where he will face Heiki Nabi of Estonia. He had earlier lost to Pan American Wrestling Championships gold medallist Oscar Pino Hinds by technical superiority in qualifying. The Cuban later went on to reach the final which presented another opportunity to Naveen.

Earlier, Asian Championships silver medallist Gurpreet Singh (77kg) pinned Austria's Michael Wagner to secure India’s second win at this championships. His run, however, came to an end at the hands of Serbia’s former world champion Viktor Nemes in the Round of 32, where he lost 1-3.

Manish (60kg) also brought delight by getting an 11-3 win over Finland's Lauri Johannes Maekhonen in his Round of 32 bout. But the joy turned out to be short-lived when he was halted by Moldova's world number three Victor Ciobanu in the last-16 stage by technical superiority.

All the action from the UWW Senior World Wrestling Championships 2019 will be brought live on WrestlingTV, India’s first-ever dedicated video and digital news platform, which will be the one-stop video and news destination for entire wrestling fraternity and fans.