In a fiercely contested men's 65kg semi-final bout at the 2019 World Wrestling Championships, Indian grappler Bajrang Punia lost to local favourite Daulet Niyazbekov after the score was tied at 9-9 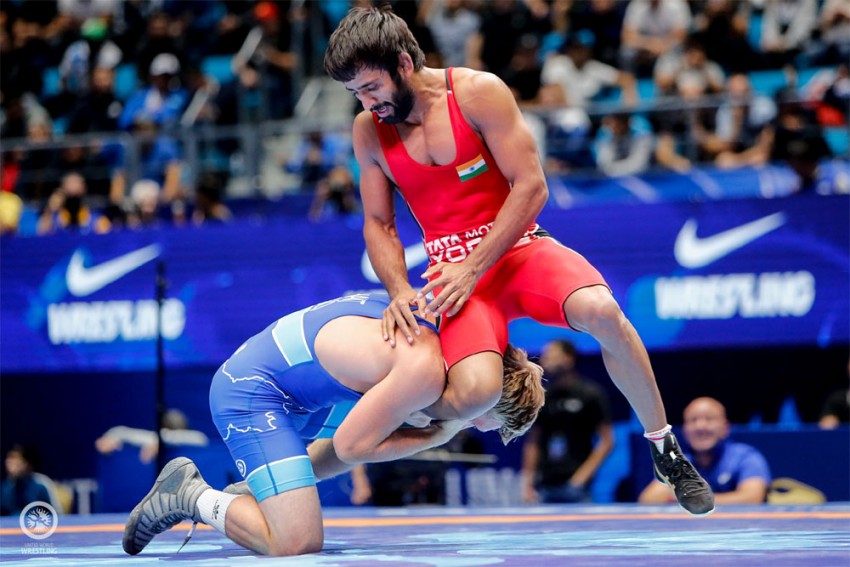 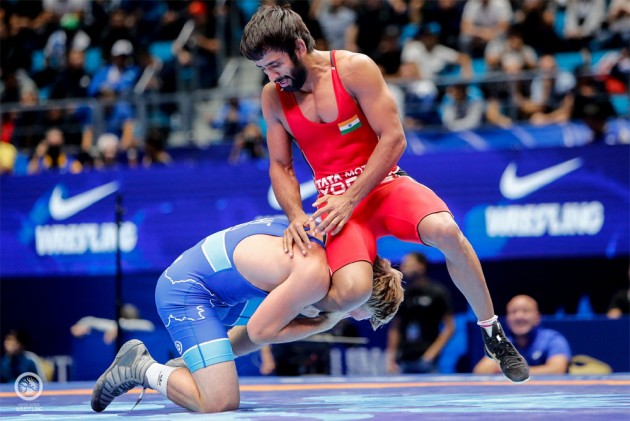 India's star grappler Bajrang Punia was controversially robbed of a chance to fight for the gold medal at the 2019 World Wrestling Championships at Nur-Sultan, Kazakhstan on Thursday with the referee openly favouring the local competitor Daulet Niyazbekov. In another semi-final, impressive Ravi Kumar Dahila came short against the reigning world champion Zaur Uguev of Russia.

In a men's 65kg semi-final bout, Punia lost to Niyazbekov after ending the at a score of 9-9. The referee gave ample time to tiring Niyazbekov to catch his breath and was not given caution at least thrice. Instead, Niyazbekov was awarded four points when it was Bajrang who effected a throw at the edge of the circle. And since, Niyazbekov was given a bigger throw of four points in the bout, he was declared the winner.

"I challenged it and they should have given at least two points to Bajrang for that hold," said coach Benitidis.

During the bout, Bajrang raised his hands several times in frustration but to no avail.

The last edition silver medallist Indian will now fight for the bronze on Friday.

Also Read: Vinesh Phogat's Balance Is Like A Gyroscope

By entering the semis, he already qualified for the Tokyo 2020 Olympics, along with Ravi Kumar Dahiya, who felled a few stars on his way to the 57kg semifinals. He lost 4-6 to reigning world champion Zaur Uguev of Russia and will also fight for the bronze. (More Sports News)

Ravi also made it to the Tokyo Olympics in the 57kg after stunning Arsen Harutunyan, the 61kg European champion from Armenia and 2017 world champion and world number three Yuki Takahashi of Japan.

Making good use of an easy 65kg draw, Bajrang steam-rolled one opponent after another earlier in the day to reach the semifinals.

Bajrang did not have to work much in going past Poland's Krzysztof Bienkowski in the opening round. He easily beat his opponent 9-2.

Bajrang's next opponent was David Habat who did not bother the Indian much though the Slovenian twice had his right leg in his clutches. The first chance was in first period from ground position and then in the standing position after the break.

The Slovenian, surprisingly, could not exploit the advantageous position.

In the quarterfinals against Korea's Jong Choi Son, Bajrang lost a point for stepping out but won the bout comfortably 8-1 after that.

In an incredible debut, Ravi Dahiya won the first two bouts by technical superiority in the 57kg.

In a remarkable turnaround, he erased a six-point deficit to log 17 points in a row with his counter-attack to shock Arsen Harutunyan, the 61kg European champion from Armenia.

What was impressive about Ravi was that despite trailing 0-6, he kept his cool and stayed in the bout and eventually found a way to tear apart the defence of the Armenian.

There was a bit of drama towards the end when Armenia challenged the bout-finishing point. After much delay and watching replays, Ravi was declared the winner.

In the quarterfinals against Yuki Takahashi, one of the toughest to beat in 57kg, Ravi showed tremendous composure to eke out a 6-1 win.

The Indian did not let the formidable Japanese play his game as he restricted his famous swift movement.

In the women's competition, there was no end to the woes of Rio Olympic bronze medallist Sakshi Maik, who lost her opening round 7-10 to Nigeria's Aminat Adeniyi.

Sakshi waited too long to attack while her powerful opponent moved quickly.

Sakshi is out of the championship since the Nigerian later lost her quarterfinal bout.

In the 68kg, Divya Kakran could not do much against reigning Olympic champion Sara Dosho from Japan, losing the bout 0-2.