Would Like To See More Indian Coaches In IPL: Anil Kumble

Former India captain Anil Kumble is the lone head coach in the IPL, and the Kings XI Punjab boss said that it's not the "true reflection" of the country's coaching resources 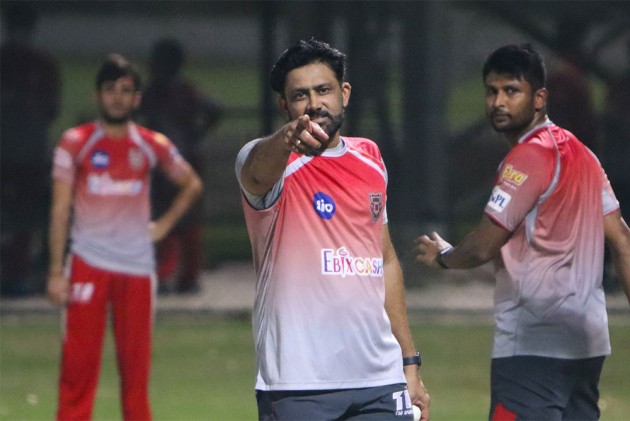 The irony of being the lone Indian head coach in an IPL franchise is not lost on Anil Kumble who firmly believes that the piece of statistic is not a "true reflection" of country's coaching resources. (More Cricket News)

"I would like to see more Indian coaches in the IPL. It is not a true reflection of the Indian resources. I would want to see many Indians being part of the IPL as head coaches," Kings XI Punjab head coach Kumble told a select online media interaction on Tuesday.

"It is a bit of an irony --- one Indian as head coach. I think at some point of time there will be a lot more Indian coaches,"

Speaking from Dubai, where the team has been based since August 20, Kumble said his players are in good shape both mentally and physically while going about their job in IPL's strict bio-bubble.

KXIP, who have never won the IPL, are aiming to go all the way this time with a strong squad at their disposal. Picking the best Indian players in the playing eleven will be tough but it seems picking the four overseas recruits will be even tougher as they are spoilt for choice.

Asked if 40-year-old Chris Gayle will continue to play bulk of the games like he did in the past two seasons, Kumble said Gayle would also be more involved within the leadership group this season and his mentor's role will be as important as his big hitting at the top of the order.

The other overseas players in KXIP are Glenn Maxwell, Chris Jordan, Jimmy Neesham, the in-form Nicholas Pooran, Mujeeb Zadran, Hardus Viljoen and Sheldon Cottrell who was bought for a whopping Rs 8.5 crore.

"We still have to see the conditions at the main ground as we have been practising (at ICC Academy). Chris has a major role even as player and even otherwise.

"His leadership, his experience, the youngsters look up to him. It is not just Chris the batsman we are looking at but Chris in a leadership role in terms of his contribution to developing young players. I want him to be active on the mentorship role," Kumble said.

The coach said that a few practise games will give him an idea about the combinations he is looking for.

"Not just foreign players picking Indian players will be a challenge. We have a few practise games that will we will tell us (the best combination)," said Kumble in a response to a PTI query.

The former India captain said the team has plugged the gaps with Maxwell’s comeback and a fast bowler who can be also effective in the death in Cottrell.

"We have a strong team. We needed an impact player in the middle and not just with batting and fielding and Maxwell is also handy with the ball. And the fast bowler who bowls at the death (Cottrell)."

Seeing the bright side of being in a protected environment, Kumble said three weeks of training will allow the support staff to know the players better, especially the younger lot.

"The reason I have taken up (the role) is that we have great squad to go all the way. My role is preparing the team to achieve success. I don't want to go too far ahead, one game at a time.

"(After arriving in Dubai), it was my first time meeting with the whole squad. Because of the COVID situation (and bio-bubble), we are able spend more time with the team than usual. That way we have been able to understand not just seniors but even the younger lot.

"It is about holding nerves. There will be moments, IPL it is not a smooth ride always. We need to focus on what we can achieve, not worry about other teams. We are confident we would be able to achieve that."

KXIP have a lot of Karnataka players in the squad including new captain KL Rahul and his opening partner Mayank Agarwal.

Kumble too is from Karnataka and in his own words "that helps" but he also makes a conscious attempt to interact with other boys in their own language.

"I also try to put on a Punjabi accent with the Punjabi boys and keep them entertained with the little Punjabi I speak."

Asked if the recently retired M S Dhoni will play with the IPL with extra motivation, Kumble added: "I don’t understand what extra motivation is. All of us are motivated.

"Knowing MS, he will give his 100 percent. Even when I played the IPL, the second season, I had retired from international cricket."