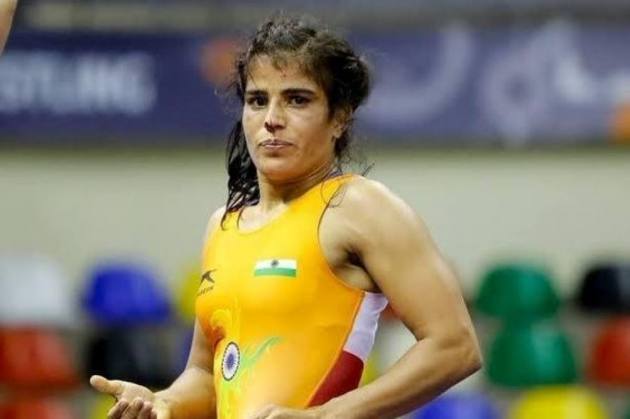 Seema Bisla became the fourth Indian woman wrestler to qualify for the Tokyo Games by reaching the final of the 50kg competition even as Sumit Malik settled for a silver medal after conceding his final bout due to a knee injury at the World Olympic Qualifiers, in Sofia, Bulgaria. (More Sports News)

Seema booked an Olympic berth for herself after a close 2-1 win over European Championship bronze medallist Anna Lukasiak of Poland, showing tremendous defensive skills in the semifinal.

After giving away a point on passivity, Seema pulled off a quick take down in the first period for a 2-1 lead, which she kept till the end to earn the quota.

She will now fight for gold against Ecuador's Lucia Yamileth Yepez Guzman on Saturday.

The 29-year-old is the fourth Indian to qualify for the Games after celebrated Vinesh Phogat (53kg), Anshu Malik (57kg) and Sonam Malik (62kg).

Nisha (68kg) and Pooja (76kg), however, failed to win quota after losing their respective bouts.

Meanwhile, Malik, who had become only the fourth men's free style wrestler to qualify for the Olympics, did not take the mat for his 125kg gold medal fight against Russia's Sergei Kozyrev, the 2018 Youth Olympic champion, due to injury.

National coach Jagmander Singh told PTI that Malik had injured his right knee during practice at the national camp a few weeks back and competed only because an Olympic quota was at stake.

"There is a minor ligament injury and we did not aggravate it since he had already locked the Olympic quota. He had competed in Almaty last month (Asian Championships and Olympic qualifiers) with this injury," he said.

"This was one last chance to get the Olympic quota, so he competed. He came here without much practice and winning four bouts was remarkable," he added.

Earlier in the day, Seema, who won a bronze at the recent Asian Championship in Almaty, was solid in her defence against Belarus' Anastasiya Yanotava and logged four points in each of the periods to win her pre-quarterfinal 8-0.

The Indian was more dominant against Sweden's Emma Jonna Denise Malmgren whom she pinned with 43 seconds to spare to win the bout.

Seema used her power better and stayed aggressive. She was leading 10-2 when she found a way to pin her rival.

Nisha lost her quarterfinal bout against the immensely powerful Bulgarian Mimi Hristova by technical superiority. The Bulgarian pulled off a breathtaking four-point throw after which Nisha could not find a way to break her rival's defence.

Nisha had won her opening bout by fall against Poland's Natalia Iwona Strzalka.

Pooja, the third Indian in the competition, fizzled out in her opening bout, losing 3-4 to Lithuania's Kamile Gaucaite.