The WTA Finals was canceled last year because of the COVID-19 pandemic. It is being played in Guadalajara for this year only, with the event scheduled to return to China in 2022. 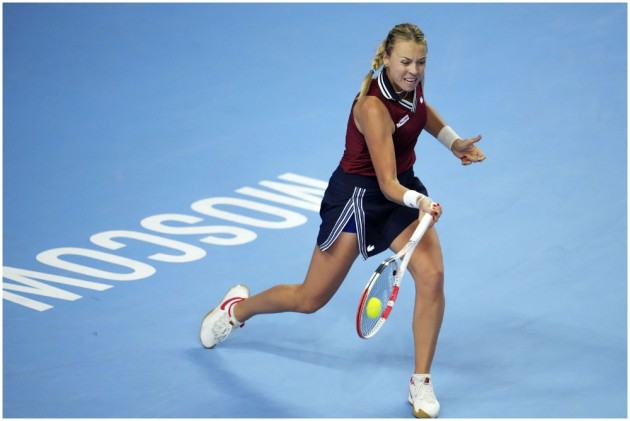 Anett Kontaveit stretched her winning streak to 12 matches by beating Karolina Pliskova 6-4, 6-0 to secure a spot in the semifinals at the WTA Finals. The 25-year-old Estonian now has won 28 of her last 30 matches, including her title run at Ostrava. Prior to that stretch she had a 19-13 record for the year. (More Tennis News)

“I’ve really been enjoying being on court, just having a good time. I think that's been the main thing why I've been doing so well. I do feel like I can take on everyone,” Kontaveit said on Friday.

Kontaveit, who soared from No. 30 in the rankings into the top 10 since she started working with Dimitry Tursunov at the Cincinnati Masters, clinched a spot in the tournament´s final four.

“I think each win towards the end of the year just gave me a little bit of more confidence,” Kontaveit said. “The balls just started rolling. I've been taking some good advice from my new coach as well. I think he's brought some good, new energy to the team.”

In the late match Friday, Garbine Muguruza rallied to beat Barbora Krejcikova 2-6, 6-3, 6-4, to remain in contention for the title. To qualify for the semifinals for the second time in her career, the Spaniard (1-1) needs a win on Sunday against Kontaveit (2-0) and a Krejcikova victory over Pliskova (1-1).

Krejcikova (0-2), the French Open champion, is not eliminated but needs to beat Pliskova in two sets and a Muguruza loss.

The second-seeded Krejcikova broke Muguruza´s service in the fifth and seventh games to take the first set in just 36 minutes. But Muguruza came back and broke Krejcikova in the fourth game to take a 3-1 lead and added a break in the eighth game.

Muguruza, who is a local favorite after winning titles in Monterrey in 2018 and 2019, had a break in the third game of the third set and held on for the win.

In doubles, the second-seeded team of Shuko Aoyama and Ena Shibihara defeated Nicole Melichar-Martinez and Demi Schuurs 6-4 7-6 (5). The Japanese pair will qualify for the semifinals if No.7 seeds Darija Jurak and Andreja Klepac beat Sam Stosur and Zhang Shuai.

The tournament was canceled last year because of the COVID-19 pandemic. The WTA Finals are being played in Guadalajara for this year only, with the event scheduled to return to Shenzhen, China in 2022.