Ashleigh Barty capped a dream season by winning the WTA Finals in Shenzhen, picking up $4.42million in the process 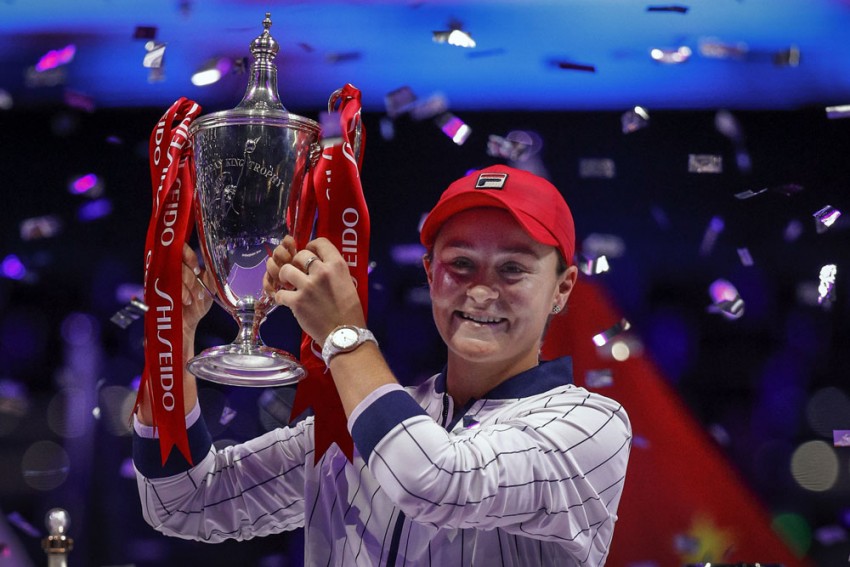 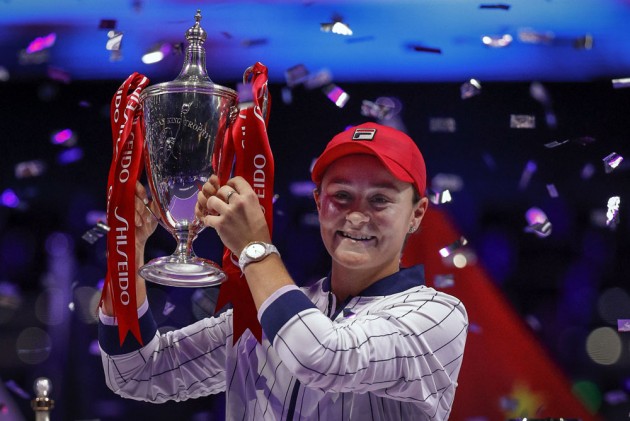 Barty put the icing on the cake at the end of the best season of her career with a 6-4 6-3 victory in Shenzhen on Sunday.

The French Open champion ended her 2018 campaign by claiming the WTA Elite Trophy and showed the huge strides she has made by lifting the Billie Jean King Trophy 12 months later.

Top seed Barty started the year 15th in the rankings and ends it as the best in the world with a first grand slam under her belt, also picking up $4.42million for her triumph in China.

Svitolina's bank account would have been swelled to the tune of $4.73m if she had retained the title, but the eighth seed had to settle for $2.4m following her first defeat of the tournament.

Australian Barty was a bundle of energy throughout a hard-fought championship match, hitting 30 winners and coming from a break down in the second set to win her fourth event in 2019.

That's the match and the title!@ashbarty beats Svitolina 6-4, 6-3 to win the Billie Jean King Trophy at the @SHISEIDO_corp @WTAFinals Shenzhen! pic.twitter.com/eiiiXs84rY

Barty charged into the net with purpose in a positive start and there were no signs of nerves from Svitolina, who blasted down an ace for a hold to love in her opening service game.

Both players mixed up their approach in a tight opening set and it was not until the ninth game that the first break point came, Barty fending that off before taking a 5-4 lead.

Svitolina was under pressure at 0-30 down in the next game and Barty wrapped up the opening set with a rasping forehand return winner after a benefiting from a huge slice of luck from the net cord.

The favourite gifted Svitolina a break for a 2-1 lead in the second with a double fault after a string of backhand errors but hit straight back to level with an overhead volley.

Barty was in the ascendancy, prowling around the court with great athleticism to force the world number eight onto the back foot and a first double fault from the defending champion left her 4-2 down.

Svitolina was not going to relinquish her title without a fight, though, and was back on serve when Barty sent a backhand wide, but she failed to hold for the third game in a row.

Barty grasped her chance to serve out the match, closing it out with a hold to love.