Iga Swiatek, who couldn't advance from her group in the WTA Finals after losing her first two singles, ended Paula Badosa's eight-match winning streak on Monday. 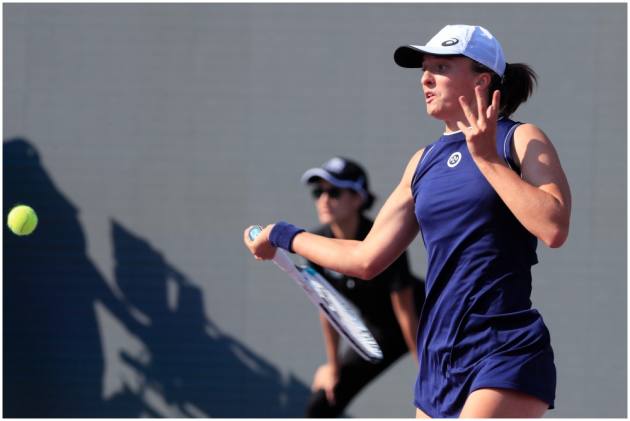 Iga Swiatek couldn't advance from her group after losing her first two singles but got to finish her two-title season with a smile. She also ended Paula Badosa's eight-match winning streak on Monday.

Swiatek, the youngest player at 20 in the eight-women field, came from a break down in each set.

Paula Badosa, 24, on Monday, had already qualified first in their group and will face Spanish compatriot Garbiñe Muguruza in the semifinals.

Aryna Sabalenka and Maria Sakkari played the late match on Monday, with the winner going to the semifinals to face Anett Kontaveit.

The semifinals are on Tuesday and the final is set for Wednesday at Centro Panamericano de Tenis in Zapopan, a suburb of Guadalajara.

Iga Swiatek lost her only previous meeting with Badosa in the second round of the Tokyo Olympics.

Paula Badosa won the first titles of her career this year in Belgrade and Indian Wells, and is among six players to have made their top-10 debut this season.