India entering the 'red list', after COVID-19 caseload surge, bans all travel from the country and makes a 10-day hotel quarantine compulsory for UK residents arriving back home. 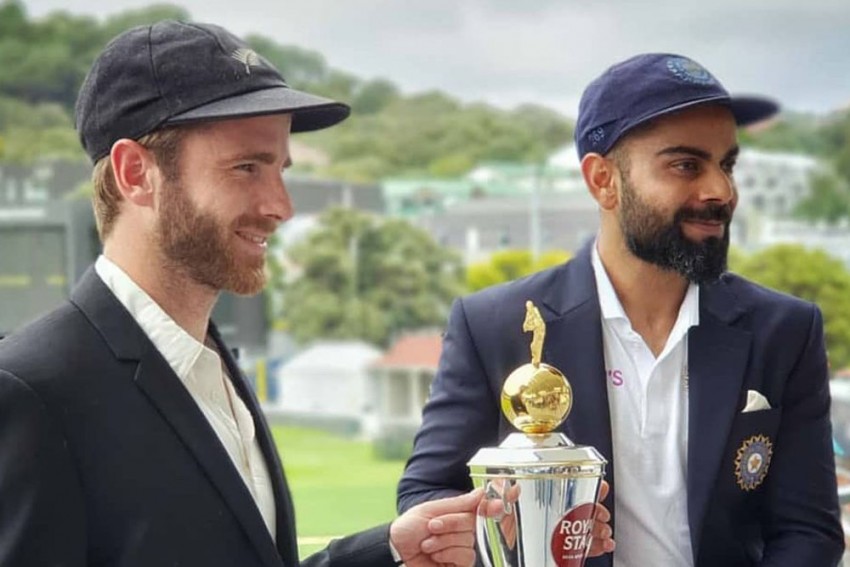 The International Cricket Council on Monday said the World Test Championship final, to be contested between India and New Zealand in Southampton from June 18, will go ahead as planned after Britain added India to travel "red list" after COVID-19 caseload surge. (More Cricket News)

India's entry into the "red list" effectively bans all travel from the country and makes a 10-day hotel quarantine compulsory for UK residents arriving back home.

However, the ICC expressed confidence in staging the WTC final in a bio-secure environment.
"The ECB and other members have demonstrated how we can stage international cricket safely in the middle of a pandemic and we are confident that we can continue to do that and that the WTC Final will go ahead as planned in June in the UK," said the ICC in a statement on Monday night.

"We are currently discussing with the UK Government the impact of countries being on the ‘red list’," it added.

A BCCI source told PTI that it's difficult to say anything at this point in time and the Board is hoping that India will not be in the 'red list' by the time the team leaves for UK in early June for the WTC final.

"We still don't know how the situation will pan out in June. The travel related SOPs are always dynamic as per COVID situation. When India leaves for UK at the start of June, it might be that the country is not in red list which requires 10 days of hard quarantine.

"But, if it is needed, it would be done. The situation is too fluid right now," the source said on conditions of anonymity.

Media reports in the UK said that in case it is required, the Rose Bowl in Southampton and it on-site hotel could be cleared for 'red list' arrivals by reverting to the full bio-secure set up that saw it successfully stage international fixtures last season.

"We are currently discussing with the government the impact of countries being on the 'red list'. By working collaboratively we demonstrated how we can stage international cricket safely in the middle of a pandemic and hope to be able to do so again this year," an ECB spokesperson was quoted as saying by 'Guardian' newspaper.

The Indian women's cricket team is also scheduled to tour UK in June while the men's team is to play five Tests in England starting August 4.

There is also concern about how the inclusion of India in the 'red list' will impact the England and New Zealand cricketers who are currently playing in the IPL and intend to fly to the UK for the two-match Test series between the two countries that starts at the Lord's on June 2.

The IPL will conclude on May 30 with the summit clash scheduled in Ahmedabad.