Yearender 2021: When Covid-19 Took Away A Few Good Men And Made Sports Poorer 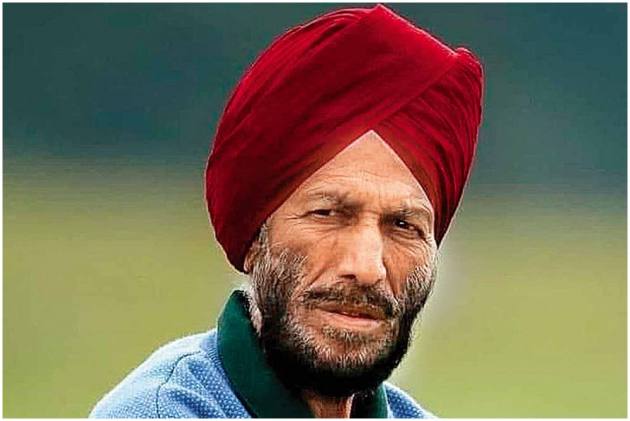 While they seem immortal — producing superhuman feats, creating unbelievable records, breaching known barriers of strength and endurance and at the same time entertaining one and all — the athletes, as we generally call to those who play and practice sports, are also normal human beings. And they also die. (More Sports News)

From athletics legends to football greats, we lost some of the most beloved sports stars in 2021. Here are some of the sports figures who died, some due to Covid-19.

One of independent India's biggest sporting icons, legendary sprinter Milkha Singh, died on June 18 in Chandigarh after a month-long battle with Covid-19. The Padma Shri awardee, who was nicknamed 'The Flying Sikh' for his accomplishments in the 1960 Rome Olympics, was 91.

The legendary athlete is a four-time Asian Games gold medallist and the 1958 Commonwealth Games champion but his greatest performance remains the fourth-place finish in the 400m final of the Rome Olympics.

His timing of 45.6 sec at the Italian capital remained the national record for 38 years before Paramjeet Singh broke it in 1998. Milkha Singh also represented India in the 1956 and 1964 Olympics and was bestowed the Padma Shri in 1959. 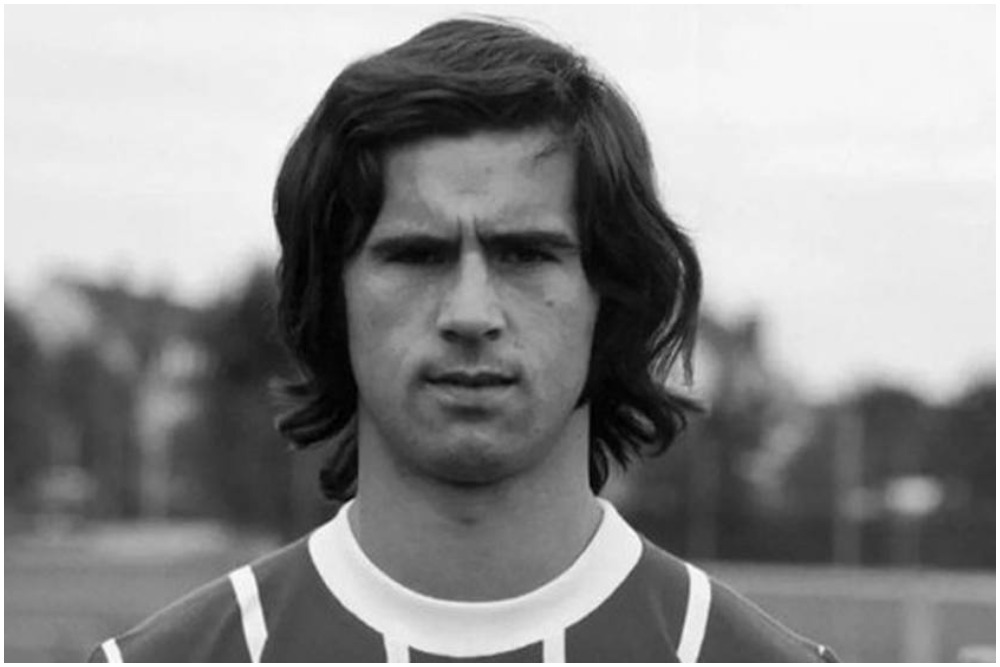 Bayern Munich and Germany legend Gerd Muller died on August 15 at Wolfratshausen. He was 75. Regarded as of the greatest players in history, Muller scored 68 goals in 62 appearances for West Germany. Nicknamed Der Bomber, Muller in 1972 scored 85 goals in only 60 matches for club and country a feat which was eclipsed by Lionel Messi (91 goals in 69) in 2012.

Gerd Muller scored 14 goals at two FIFA World Cups. But the most famous of goals came in the 1974 World Cup final against the Netherlands. In the previous World Cup, Muller scored 10 goals to win the Golden Boot award and also the Ballon d'Or.

A couple of years later, Muller helped West Germany win the 1972 European Championship. For German giants Bayern, Muller scored a record 365 goals in 427 league appearances in 15 years. His record of 40 goals in a Bundesliga season stood for 49 years until Robert Lewandowski broke it. 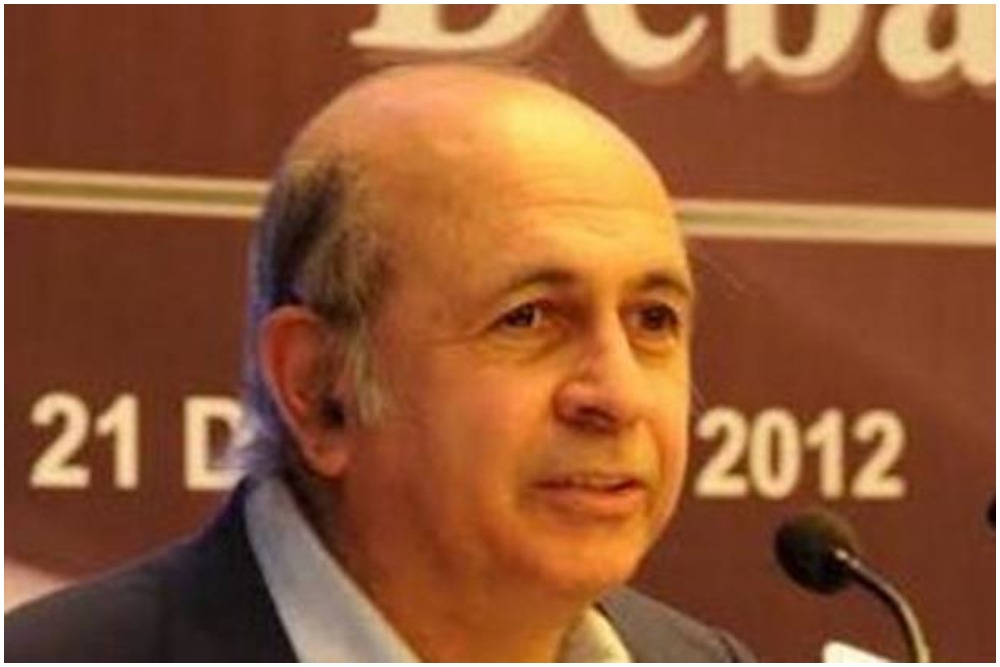 The eminent football expert and author had been suffering from a motor neurone disease, a rare condition that causes the nerves in the spine and brain to lose function over time. Rendered immobile because of the condition, he was confined to his house for the last two years. He was 67.

The soft-spoken Novy Kapadia had covered nine FIFA World Cups. The versatile Kapadia was involved in sports commentary for decades and it was not just restricted to football. He had been a part of the Olympics, Asian Games, Commonwealth Games and other multi-sport events.

He also authored The Football Fanatic's Essential Guide Book in 2014. Besides his involvement in sports, Kapadia was also a former professor at SGTB Khasla College, Delhi University. He was Deputy Proctor of the University from 2003-2010. 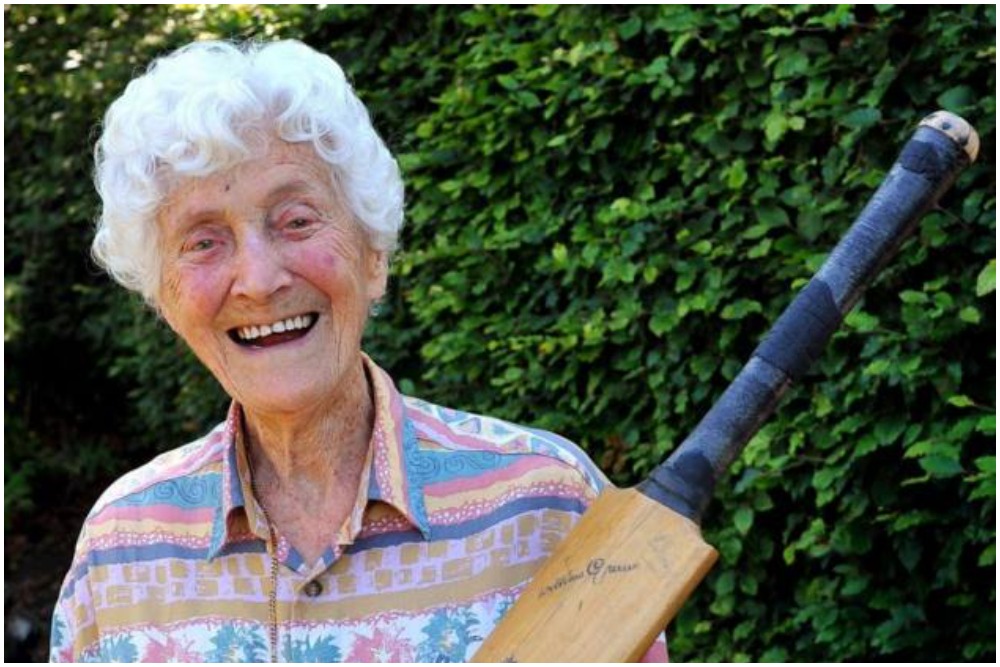 Eileen Ash, the oldest living Test cricketer, died at the age of 110 in Norwich on December 3. Apart from her cricket career, Ash also worked for MI6, the Secret Intelligence Service, during World War II. Ash played seven Tests for England on either side of the second World War, taking 10 wickets at an average of 23 with her right-arm pace bowling.

Ash debuted against Australia in 1937. She was part of the Ashes tour of Australia in 1949 apart from playing representative cricket for Civil Service Women, Middlesex Women and South Women in the domestic arena. The London-born cricketer rang the bell ahead of England Women's nail-biting victory over India in the 2017 World Cup final. 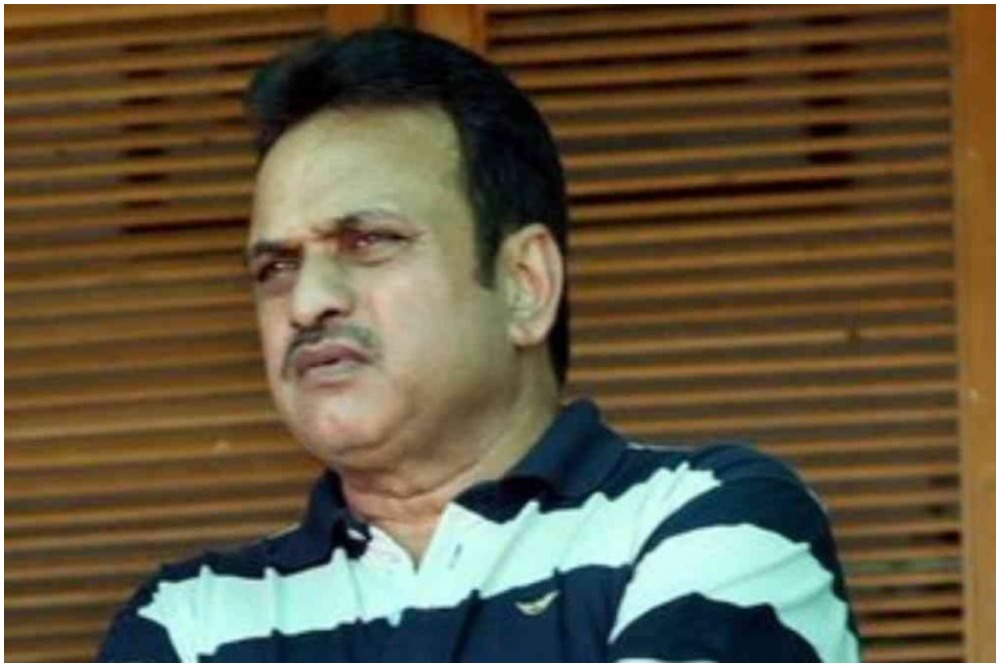 Yashpal Sharma, a member of the India cricket team which won the 1983 Cricket World Cup at Lord's, died of a heart attack in New Delhi on July 13. He collapsed at home after returning from his morning walk. He was 66. A right-handed batsman, Yashpal Sharma played 37 Tests, 42 ODIs for India and 160 first-class matches. After retirement, he became a national cricket selector.

He was the second-highest run-getter in Kapil Dev's 1983 Cricket World Cup-winning team. His best moment in the 1983 World Cup was a stroke-filled half-century in the semifinal against England. 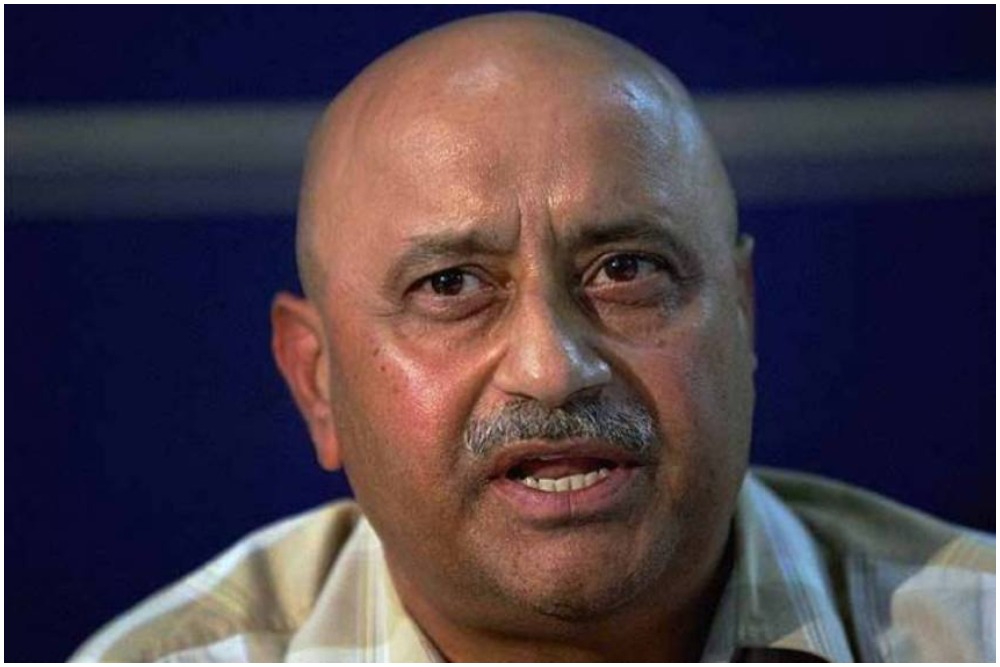 For the legendary MK Kaushik, 66, the game of hockey was religion as no other player of his generation served the game as much as he did for over four decades in various capacities. After his retirement, Kaushik had coached both the senior men's and women's teams.

Jacques Rogge, the eighth president of the International Olympic Committee (IOC), died on August 29. He was 79. Rogge defeated four other candidates in Moscow on July 16, 2001 to succeed Juan Antonio Samaranch was elected the IOC's eighth president.

The Belgian sports administrator oversaw an era of political and financial stability in the Olympic movement after its worst ethics scandal. The former physician had also pursued a hard line against doping during his 12 years as IOC president.

A three-time Olympian in sailing, Jacques Rogge earned praise for bringing a steady hand to the often turbulent world of Olympic politics. He enjoyed a “Mr Clean” reputation, but also faced outside criticism for not being tough enough on human rights issues with China and Russia.

Under Rogge's watch, the IOC took the Olympics to new countries and continents — awarding the first Summer Games to South America (Rio de Janeiro in 2016) and the first Winter Games to Russia (Sochi 2014) and South Korea (Pyeongchang 2018). 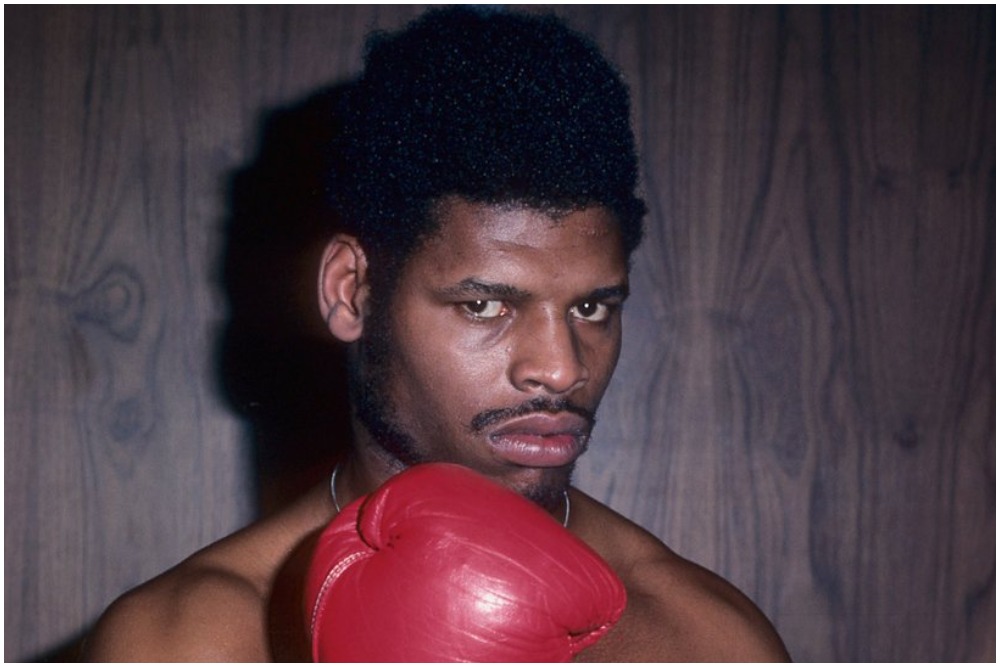 Leon Spinks, who won Olympic gold and then shocked the boxing world by beating Muhammad Ali to win the heavyweight title in only his eighth pro fight, died in Nevada on February 5. Spinks had been battling prostate and other cancers. With a big grin that often showed off his missing front teeth, Spinks was popular among boxing fans for both his win over Ali and his easygoing personality. He was 67.

A lovable heavyweight with a drinking problem, Leon Spinks beat Ali by decision in a 15-round fight in 1978 to win the title. He was unranked at the time, and was picked as an opponent because Ali was looking for an easy fight.

The two met seven months later at the Superdome in New Orleans, with Ali taking the decision this time before a record indoor boxing crowd of 72,000 and a national television audience estimated at 90 million people.

Leon Spinks won the light heavyweight division at the 1976 Olympics in Montreal, beating Sixto Soria of Cuba in an upset to become one of five US fighters to win gold. His brother, Michael, who would later become heavyweight champion himself, won the middleweight gold, and Sugar Ray Leonard took the welterweight title.

Yoo Sang-chul, one of the stars of South Korea's surprising run to the semifinals at the FIFA World Cup 2022, died after a long battle with pancreatic cancer in Seoul on June 7. He was 49.

Yoo played 124 times for South Korea from 1994 to 2005. The most famous of Yoo's 18 goals was the one that sealed his country's first-ever win in a World Cup match — 2-0 scoreline against Poland. It was in South Korea's first game in the World Cup it was co-hosting with Japan.

The Koreans advanced to the semifinals on penalties after their quarterfinal against Spain ended 0-0. Yoo, a versatile midfielder who also played at the back and in attack during his long career, was included by FIFA in its 2002 World Cup All-Star team after appearing in all seven games for the South Koreans. After retiring in 2005, Yoo worked as a pundit on national television.

Golf pioneer Lee Elder, who broke several of the sport’s colour barriers, died in California on November 21. He was 87. In 1975, he became the first African-American to play in the Masters. Lee Elder was then invited to the tournament after he won the 1974 Monsanto Open. The PGA only lifted its color barrier in 1961. For decades, Masters only included Blacks as caddies or in catering.

Lee Elder played five more times in the Masters, with his best finish a tie for 17th in 1979. He ended his career with four PGA Tour victories. This year, before his death, Augusta National announced it would honour the golfer with two scholarships in his name at Paine College and an honorary tee shot next year for the first Black player in the Masters.

Elder also joined Jack Nicklaus and Gary Player as an honorary starter at the tournament at Augusta.

Twenty-one ultra-marathon runners (18 men and three women) were killed and eight others injured in northwest China after high winds and freezing rain suddenly struck the participants of a 100-km cross-country mountain race in May. Among the casualties were Liang Jing, a former champion and a record-holder.

A total of 172 people participated in the mountain marathon. While eight sustained minor injuries, 151 were confirmed safe. Most competitors reportedly wore thin shorts and T-shirts.

The tragedy had evoked public anger and made international news headlines. In the aftermath, the Sports Administration of China suspended all high-risk sporting events that lack oversight bodies.