Former BCCI president N. Srinivasan said he had defended MS Dhoni from selectors who wanted him dropped as ODI captain 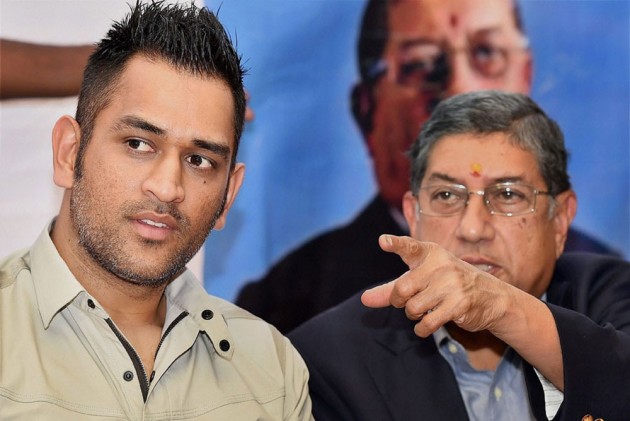 MS Dhoni, who retired from international cricket on August 15 to bring an end to one of the most incredible careers, contrary to popular belief, didn't have a smooth reign as India captain. (More Cricket News)

Former Board of Control for Cricket in India (BCCI) president reiterated the 'fact' that he had once vetoed the selectors' decision to drop MS Dhoni as the captain. "This was 2011. India had won the World Cup. And [then] in Australia, we didn't do well in the Tests. So, one of the selectors wanted to remove Dhoni as the ODI captain."

Dhoni's position as the captain of the team had come under scrutiny after suffering 0-4 defeats in Test series in England and Australia.

Revealing how he overruled the selectors, the Tamil Nadu strongman admitted that he had "exercised all my authority".

"The point is, how do you remove him as the ODI captain?" Srinivasan said.

Srinivasan, who is also the de facto boss of the MS Dhoni-led Indian Premier League (IPL) franchise Chennai Super Kings (CSK), was within his rights to exercise his powers as the BCCI's constitution at the time allowed every appointment to be ratified by the president.

"He [Dhoni] had won the World Cup [in April 2011]. The selectors had not even thought of who would be his replacement. There was a discussion and then [before the formal meeting] and I said there was no way in which he would not be a player [captain]," he added.

In 2017, following an interview with a TV channel wherein Srinivasan first made the admission of defending Dhoni, it was widely reported that former national selector Mohinder Amarnath wanted to drop the wicketkeeper-batsman as captain in 2012.

Then, Srinivasan had justified by saying: "What you call favouritism I say is my respect for a top-class cricketer’s achievements".

"In fact, it was a holiday. I was playing golf. I came back. Sanjay Jagdale was the [BCCI] secretary at that time and he said, 'Sir, they [selectors] are refusing to choose the captain. They will take him [Dhoni] in the team [as a player].' I came and said that MS Dhoni would be the captain. I exercised all my authority as the [BCCI] president," Srinivasan recollected the turn of events.

As it turned out, Amarnath was dropped from the national selection committee following its reconstitution in September 2012.