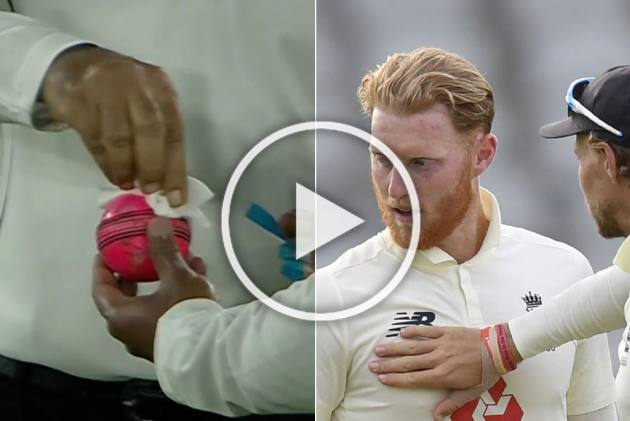 England all-rounder Ben Stokes was seen applying saliva on the ball on the opening day of the day-night third Test against India at the refurbished Sardar Patel  Stadium, which has been renamed as Narendra Modi Stadium on Wednesday, following which the ball had to be sanitised.

The incident took place at the end of the 12th over when Stokes was seen using saliva to shine the ball, prompting umpire Nitin Menon to have a chat with him. The ball was subsequently sanitised. Watch it here:

‘You cannot do that, Ben Stokes!’

The International Cricket Council (ICC) had banned the use of saliva to shine the ball due to the COVID-19 pandemic in June last year.

As per the ICC's COVID-19 regulations, a team can be issued up to two warnings per innings but repeated use of saliva on the ball will result in a 5-run penalty to the batting side.

Whenever saliva is applied to the ball, the umpires have to clean it before play recommences.