Young Cricketer Arzan Nagwaswalla Talks About Futility Of 'Comparing Yourself With Anyone,' And Virtues Of Patience 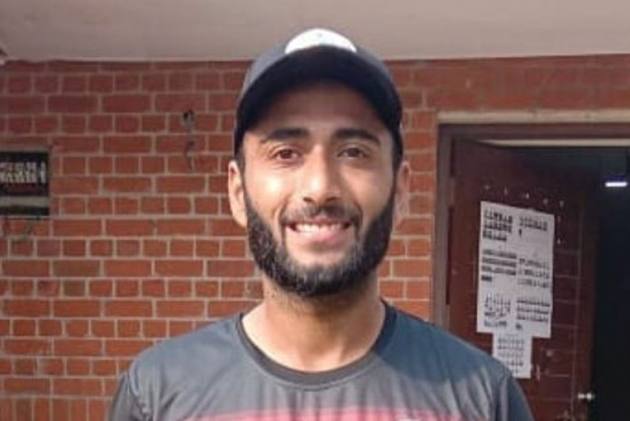 Left-arm pacer Arzan Nagwaswalla, who will fly to the UK with the Indian team as a stand-by player, says shutting down comparisons, staying patient and focussing on routine played a key role in yielding the desired outcome for him. (More Cricket News)

Only a few Parsi cricketers have made the cut for the national team and Nagwaswalla is hoping to join the list after his stellar performance for Gujarat has placed him at the doorstep of the Indian team.

READ: Who is Arzan Nagwaswalla?

"The grind in domestic cricket has helped me understand the importance of routine. How to practice, how to bowl during practice and how to focus on the process and keep following the same, without thinking too much about the result," Nagwaswalla told bcci.tv.

"If you follow the process correctly, you will surely get the desired outcome. In addition to that, it is important to be patient. There is no point comparing yourself with anyone and ponder over why someone else is selected and not me," the 23-year-old added.

Talking about his Parsi connect, he said, "I was familiar with this. When I was playing Ranji Trophy, people used to tell me that bahot saalo se koi Parsi cricketer India ke liye khela nahi. It is something like giving back to the community. I am very happy."

The left-arm pacer was Gujarat's leading wicket-taker with 41 scalps in the 2019-20 season when his side made the Ranji Trophy semifinals.

"I have grown up watching him playing for India and doing really well."

The youngster said he was mighty impressed with the way the Indian team played and won in Australia and he just can't wait to see the senior players in flesh and bone, whom he has so far watched only on TV.

"I am excited to meet and see all the cricketers jinko abhee tak bass TV par India ke liye achha karte hue dekhaa hai. They have secured some big wins against Australia and England recently. So, I am looking forward to learning as much as I can from all of them."

"I am very excited to meet this team. Despite the injuries, we went on to win the series in Australia. I just can't wait to witness the team which has such a strong self-belief," Nagwaswalla said.

He is also a big fan of the team's bowling coach Bharat Arun.

"Under Bharat Arun sir, our fast bowling has seen a great transformation. We have a superb bench strength. I am sure I will get to learn a lot from Bharat Arun sir."