While Wriddhiman Saha has been a regular in Tests, India currently do not have a fixed wicket-keeper in the limited-overs cricket 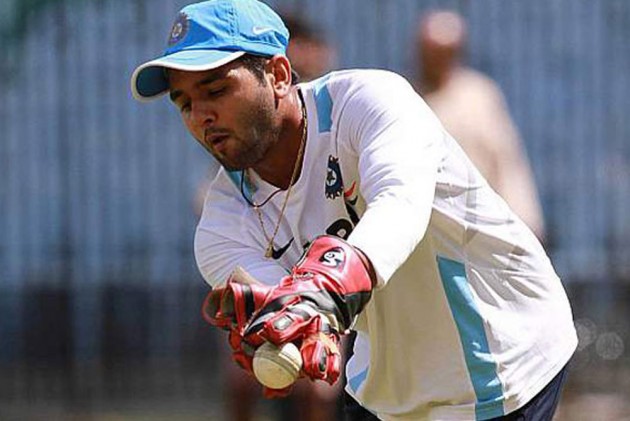 Veteran wicketkeeper-batsman Parthiv Patel feels India's young glovesmen should be given a "consistent run" to secure their place in the national team, something which has not been happening of late. (More Cricket News)

While Wriddhiman Saha has been a regular in Tests, India currently do not have a fixed wicket-keeper in limited-overs cricket with K L Rahul recently taking over the duties from Rishabh Pant, who is a regular squad member but not a sure starter anymore.

"I don't think we are not getting any fixed wicketkeeper. We have KS Bharat for India A ... Rishabh Pant or KL Rahul ... Saha is your number 1 Test wicketkeeper. But I genuinely feel we can get a bit more consistency so that you have the assurance," Patel said during an Instagram chat.

"Everyone has it in them ... It's about getting a bit more consistent run," said Patel, who had led Gujarat to the 2016 Ranji Trophy title.

Talking about the evolution of wicket-keeping, Patel, who last played a Test for India in 2018, said: "I think wicket-keepers are all-rounders. You have to keep a mindset that you're a pure batsman and not a wicketkeeper. If you think your job will be done by just scoring 30-odd runs and then will keep. It will not happen anymore.

"There has been an evolution totally. People want your wicketkeeper to score runs. You can then play with five bowlers in a Test. You will have more chances of getting 20 wickets."

Stressing on the importance of striking a balance between scoring runs and keeping, Patel said: "When I was on the Australia tour (in 2018), (MSK) Prasad was chairman, I had told him that when a wicketkeeper comes to team it's only because of his runs he scored but when he is dropped it's because of poor keeping.

"You have to strike the right balance. You have to keep that mindset."

The 35-year-old has played for four-time IPL champions Mumbai Indians in the past and is currently with Virat Kohli-led Royal Challengers Bangalore, who are yet to win the title.

"I'm with them for three years now. Like any other team we go with the mindset that we will win this year ... when you are not successful pressure increases," Patel said.

"Wicket-keeper has a 360-degree view, personally I've experience of leading domestic side for 10-15 years. I always tell Virat (Kohli) whatever I feel, same with Rohit earlier," he added.