The top-seeded recurve cadet men's team of Bishal Changmai, Amit Kumar and Vickey Ruhal defeated their Spanish rivals 5-1 in the semifinal to book a gold medal clash with France 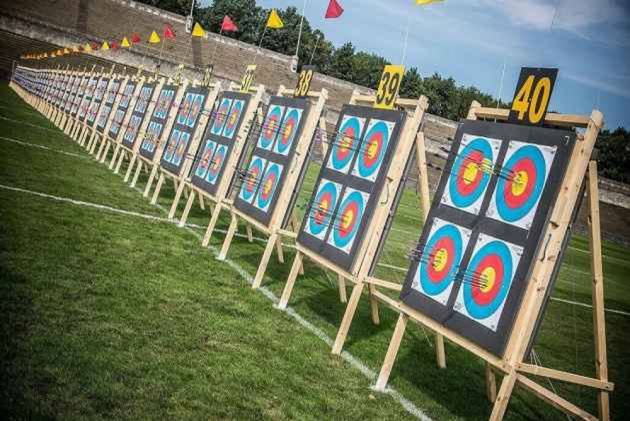 Continuing their dominating show, Indian under-18 and under-21 archers confirmed four more podiums in recurve and compound events of the Youth World Championships in Wroclaw on Friday. (More Sports News)

Overall, India have assured 10 medals and also remained in contention for four bronze medals in recurve and compound sections.

The top-seeded recurve cadet men's team of Bishal Changmai, Amit Kumar and Vickey Ruhal defeated their Spanish rivals 5-1 in the semifinal to book a gold medal clash with France.

The recurve junior men's trio of Parth Salunkhe, Aditya Choudhary and Dhiraj Bommadevara, who were seeded third, confirmed a second medal when they overcame a 0-2 deficit to down their American opponents 5-3. They will take on Spain in the gold medal clash on Sunday.

The cadet compound men's team of Kushal Dalal, Sahil Chaudhary and Nitin Apar pipped Turkey 232-230 in the semifinal to confirm a fourth medal for India. They will face the USA in the final.

The women's side comprising Priya, Parneet Kaur and Ridhu Senthilkumar had on Thursday entered the final.

On Thursday, India had made the finals in junior women's individual (Komalika Bari) and cadet mixed pair events in recurve section.