Yuvraj Singh Alleges Selectors Made Excuses To Drop Him

Yuvraj Singh, who announced his retirement from international cricket this year, has accused the Team India selectors of not having proper communication with him during the final phase of his career. 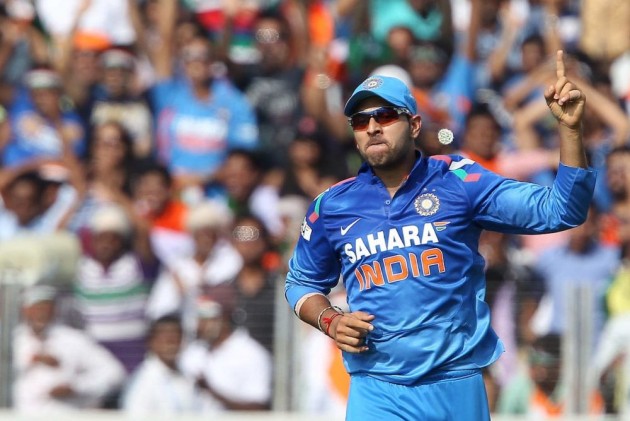 Yuvraj Singh on Thursday (September 26) said that he was not picked in the Indian team in 2017 despite passing the mandatory Yo-Yo test. (CRICKET NEWS)

India's 2011 World Cup player of the tournament, Yuvraj was dropped after the 2017 tour of West Indies after enduring a lean patch. Earlier, this year, the celebrated southpaw who also played a crucial role in India winning the inaugural World T20 in 2007, called time on his career.

"Never thought that I would be dropped after being the man of the match in two games out of the 8-9 I played after the Champions Trophy 2017.

"Even after I cleared the yo-yo test, I was told to play domestic cricket. They actually thought that I wouldn't be able to clear the test due to my age. And that it would be easy to decline me afterward... yeah you can say it was an exercise in making excuses," Yuvraj was quoted as saying by Aaj Tak.

Yuvraj said he was never informed that he would be dropped and the manner in which it was done, hurt him.

"I think it was unfortunate for a guy who has played 15-17 years of international cricket to not being made to sit down and being talked to. No one told me and no one told Virender Sehwag or Zaheer Khan either.

"Whichever player it is, the person who is in-charge should sit down and talk with the player that we are looking at the youngsters and we've taken this step. This way, you do feel bad at the beginning but at least you give them the credit of being true to your face - which doesn't happen in Indian cricket.

"It has been like that forever almost. I have seen it happen to big names. Took it personally then but not now as there is a time for everything to move on and I have made my peace with it," said Yuvraj.