Yuvraj Singh feels not having a regular No. 4 batsman and lack of trust in the likes of Vijay Shankar, Rishabh Pant and Dinesh Karthik was one of the biggest reasons behind India's semi-final exit at the 2019 Cricket World Cup. 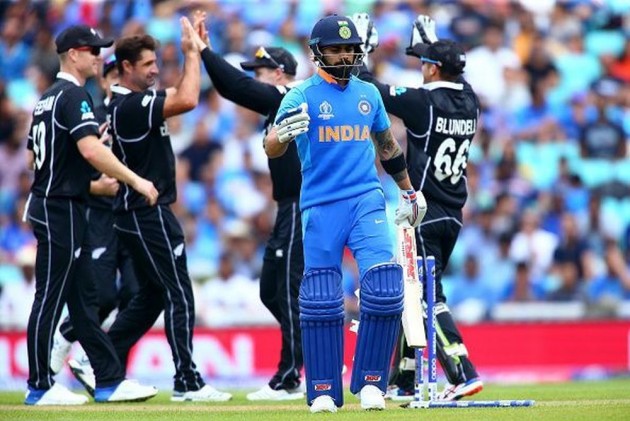 Yuvraj Singh, the former India allrounder, has claimed that the team management let him down towards the end of his international career and he could've played another World Cup after the 2011 heroics if he had enough backing. (CRICKET NEWS)

In his last comeback that lasted 11 matches, Yuvraj hit 372 runs at an average of 41.33 and a strike rate of 98.67. However, he was left out after the 2017 Champions Trophy because of a failed yo-yo test, and wasn't brought back after he cleared the endurance test.

"That regret will be with me," Yuvraj told Aaj Tak.

"But people should be happy for me too that after such a grave illness [cancer during the 2011 World Cup], after struggling in domestic cricket for two years, working hard, I made a comeback and scored my highest ODI score [150 in January 2017, against England from 25 for 3]. That is also a big achievement. That is the other side. Yes, there will be regret, but there was a number of issues. There was no support, hardly any support from team management or people around. If that support had been there, I would have played another World Cup. Whatever cricket I have played, I have played on my own terms. I didn't have a godfather. I feel proud that I have played so much cricket despite the illness."

Yuvraj, who retired from international cricket this year, feels the same lack of trust in his replacements - Manish Pandey, Suresh Raina, Ambati Rayudu, Vijay Shankar, Rishabh Pant and Dinesh Karthik - was one of the biggest reasons behind the Virat Kohli-led India's semi-final exit at the 2019 World Cup.

"You need to identify who is your best talent and then back him. The highest score in No. 4 position at the World Cup was 48. The captain, coach and the selectors should have known that No. 4 is a very important position, especially in England where the ball seams," he said.

"The No. 4 batsman has to be technically strong. Vijay Shankar didn't have that experience, Rishabh Pant didn't have the experience. Dinesh Karthik was an experienced guy who was sitting out and suddenly went to bat in the semifinal."

"I really didn't understand what the think-tank was doing. If you had to get the best out of a player you have to secure him. A player can never play well if he is insecure. That was the big reason why India didn't win the World Cup," he added.

Yuvraj, who played 304 ODIs and 58 T20Is scoring 8,701 and 1,177 runs respectively, said instead of just trying to find ways to get rid of him, the team management should have been "upfront" in their communication regarding his career.

"I never thought that I would be dropped after being the Man-of-the-Match in 2 games out of the 8-9 I played after the 2017 Champions Trophy. I got injured and I was told to prepare for the Sri Lanka series," the southpaw recalled.

"Suddenly I had to go back and prepare for the yo-yo test at the age of 36. Even after I cleared the yo-yo test, I was told to play domestic cricket. They actually thought that I wouldn't be able to clear the test due to my age. And that it would be easy to decline me afterwards.

"I think it was unfortunate because a guy who played international cricket for 15-16 years, you need to sit and tell him upfront. No one told me and no one told Virender Sehwag or Zaheer Khan either."