Six Sixes In An Over: Yuvraj Singh, Herschelle Gibbs Welcome Kieron Pollard To The Club

Kieron Pollard became only the third cricketer in international cricket to hit six sixes in an over, after Herschelle Gibbs and Yuvraj Singh 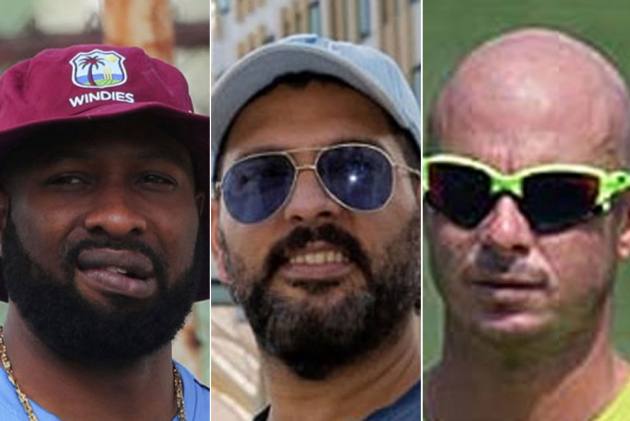 Chasing a 132-run target, the Windies were struggling at 62/4 after Akila Dananjaya claimed a hat-trick of wickets by removing Evin Lewis, Chris Gayle and Nicholas Pooran in the fourth over.

But Pollard hit Dananjaya for six sixes in the sixth over to resurrect the Windies innings. The big-hitting all-rounder didn't last long, getting out for 38 off 11 balls, in the next over. But he made the job for other Windies batsmen a lot easier.

Watch both the hat-trick and six sixes here:

Akila Dananjaya took a hat-trick in his 2nd over and went for 6 sixes in his 3rd - how life changes quickly within seconds. pic.twitter.com/c0y6EKsk5n

For the record, Pollard became only the third cricketer in international cricket to hit six sixes in an over, joining former South Africa opener Herschelle Gibbs and Indian all-rounder Yuvraj Singh. Both the legends welcomed Pollard to the club.

Yuvraj, who became the second player to achieve the feat during the 2007 T20 World Cup, wrote: "Welcome to the club, @KieronPollard55 #sixsixes you beauty!!!".

Pollard said he thought six sixes was a possibility "after the third one."

Meanwhile, Dananjaya became only the 15th player and the fourth Sri Lankan to take a T20I hat trick.