Resuming on 140-3, the Zimbabweans had to bat through the entire day with just seven wickets in hand to save a draw but didn't come close 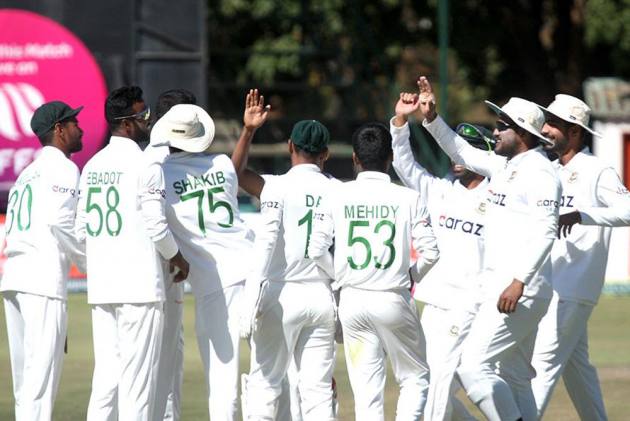 Bangladesh beat Zimbabwe by 220 runs in their one-off test in Harare on Sunday as the home team was all out for 256 in its second innings on the final day and well short of its target of 477 to win. (More Cricket News)

Resuming on 140-3, the Zimbabweans had to bat through the entire day with just seven wickets in hand to save a draw but didn't come close.

Bangladesh wrapped it up before tea when Mehidy bowled last-man Richard Ngarava for his fourth wicket.

Zimbabwe captain Brendan Taylor made 92 on the fourth day and nightwatchman Donald Tiripano put up some fight on the last day with 52.

Bangladesh fell to 132-6 in its first innings at the start of the test but 150 not out from Mahmudullah batting at No. 8 turned the Bangladesh innings around. Bangladesh eventually made 468 all out in that first innings and was in control from there.