Bangladesh are in Zimbabwe for an all-format tour. Here's all you need to know about ZIM vs BAN cricket series 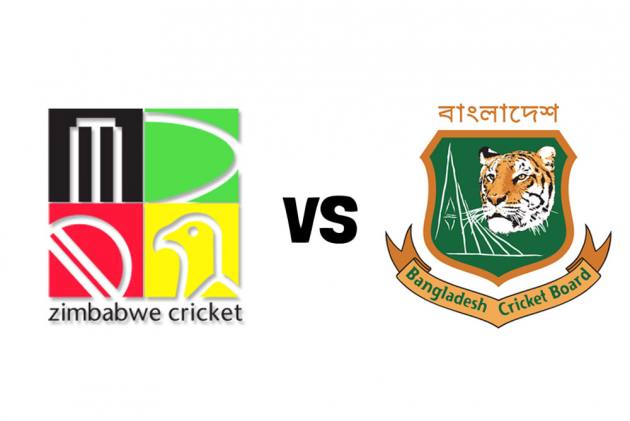 Giving a hint of things to come, star all-rounder Shakib Al Hasan first hit a quick-fire 74 off 56 then returned to pick three wickets as Bangladesh played a two-day warm-up game Zimbabwe Select XI at Harare on July 3 and 4. Bangladesh posted 313/2 in 90 overs with as many as five batsmen getting 'retired', while the Select XI managed 202 all out for an old-fashion draw. (More Cricket News)

After taking a couple of days' rest, Bangladesh will start their campaign with the lone Test match at Queens Sports Club, in Bulawayo. It will be followed by three ODIs and three T20Is. The tour completes on June 27.

All you need to know about the tour

Test: They have played 17 Test matches so far, and there's nothing to separate. Seven wins each. Three ended in draws. But Bangladesh have dominated the recent meetings, winning six of the previous seven matches. Zimbabwe last won a Test in 2018 at Sylhet. This will be their eighth meeting in Zimbabwe, where Bangladesh have only one win -- in their last tour in 2013. Zimbabwe had won five.

ODIs: They have met 75 times in the 50-overs format. And the head-to-head record is dominated by Bangladesh, thanks to their recent wins -- 16 on the trot -- for a 47-28 lead. Zimbabwe last won an ODI in 2013. In Zimbabwe, they have played 28 times and the hosts still somehow maintain a 15-13 lead. But Zimbabwe have one encouraging result against Pakistan -- a super over win in March in Rawalpindi, in their last ODI outing; while Bangladesh lost to Sri Lanka in the last match.

T20Is: Zimbabwe and Bangladesh have met 13 times. Bangladesh lead the T20I head-to-head record 9-4, including the last four clashes. Zimbabwe beat Pakistan in the second match of their recent three-match series at home. Bangladesh were humbled by New Zealand 3-0 in their last T20I outing, away.

All matches will be played at Harare Sports Club, Harare. All matches start at 1:00 PM IST/09:30 AM local

Zimbabwe: Yet to announce

All matches will be played at Harare Sports Club, Harare. All matches start at 4:00 PM IST/12:30 OM local

Zimbabwe: Yet to announce