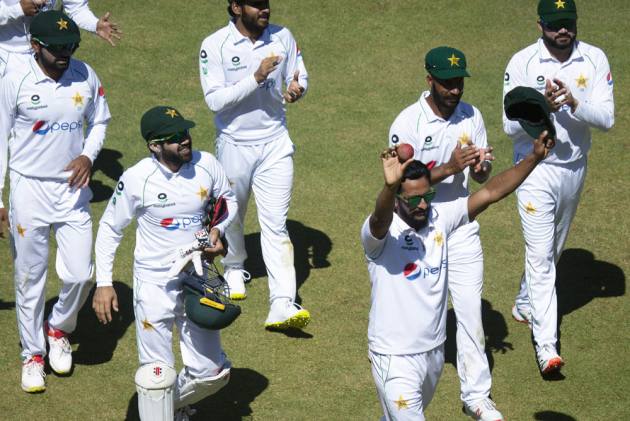 Well, it took less than a quarter of an hour to wrap up the second Test and series as Pakistan won by an innings and 147 runs. Luke Jongwe (37 off 70), who played some entertaining shots on Day 3, finally became the last wicket to fall, becoming Shaheen Afridi's fifth. Resuming on 220/9, the hosts added another 11 runs in 30 balls. Still a commendable job from Jongwe. Shaheen Afridi (5/52) and Nauman Ali (5/86) shared all ten wickets. Yesterday, Zimbabwe somehow avoided another 3-day defeat but it was only a matter of balls for Pakistan with Babar Azam & Co needing just one more wicket to complete a 2-0 series win. Zimbabwe resumed Sunday on 52/4 in their first innings and reached stumps at 220/9 in the second essay. Pacer Hasan Ali took five wickets on the third day as Zimbabwe were bowled out for 132 and were made to follow on at Harare Sports Club. It was then left-arm spinner Nauman and Afridi's turn to inflict damage on a Zimbabwe side that have been out of their depth. Earlier, batting first, Pakistan declared at 510/8. Abid Ali hit an unbeaten 215 off 407, while Azhar Ali scored 126 off 240. Pakistan won the first Test convincingly inside three days by an innings and 116 runs. Catch Day 4 highligths and cricket scores of second Test match between Zimbabwe and Pakistan here: