Real Madrid may not have Zinedine Zidane on the sideline on Saturday, but the Frenchman will be with the team in spirit. 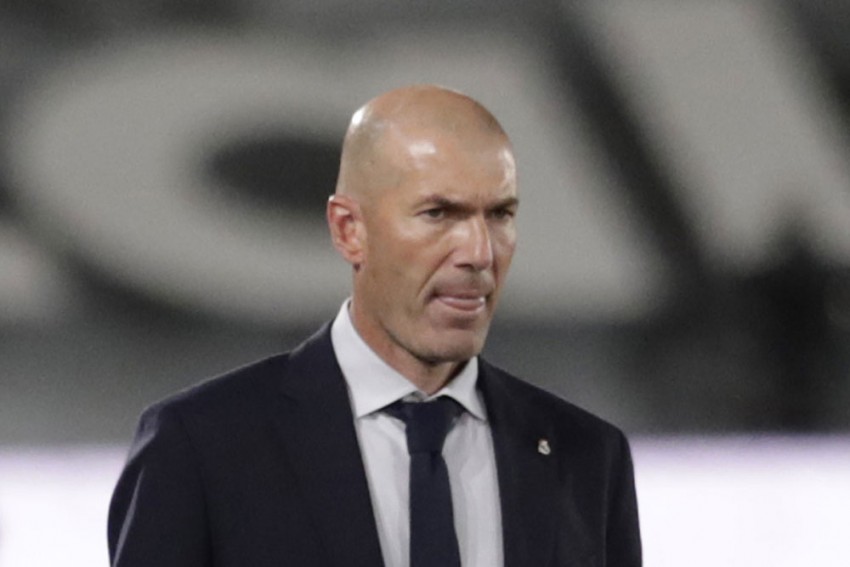 Zinedine Zidane is in "good spirits" after testing positive for COVID-19 as Real Madrid get ready to take on Deportivo Alaves without their head coach. (More Football News)

The Spanish club confirmed on Friday that Zidane is isolating after contracting coronavirus, meaning he will not be present for Saturday's LaLiga fixture.

Having already lost to Athletic Bilbao in the semi-finals of the Supercopa de Espana, Los Blancos suffered a humiliating defeat to third-tier club Alcoyano to exit the Copa del Rey in midweek.

With their title defence also stuttering, the pressure has increased on Zidane, whose absence this weekend means assistant coach David Bettoni will be in charge.

"I spoke to him this morning, he's feeling fine," Bettoni told the media ahead of a trip to an Alaves side that won 2-1 in Madrid last season.

"He's in good spirits. He won't be with us in person but we know he'll be supporting us. The important thing is that everyone knows he'll be there in spirit.

"We're just finalising how we're going to do things."

Zidane insisted he remained calm about his own future in the aftermath of the defeat to Alcoyano, having seen a strong Madrid side let slip a 1-0 lead to lose 2-1 after extra time.

1 - CD Alcoyano are the first lower league side to knock out Real Madrid in a Copa del Rey tie since Alcorcón in 2009 (excluding the defeat against Cádiz in 2015 for illegal lineup). Surprise. pic.twitter.com/1XX4AUWBhV

Bettoni insists the squad remain united with the focus now shifting back to LaLiga, where they quickly need to make up ground on leaders Atletico Madrid.

"At Real Madrid, every defeat brings criticism, but we have enough experience to know we've got a chance against Alaves to show everyone we're a unit," he said.

"We're all together in this and we're going to do all we can to take the three points. We work hard every day towards just that and we have another chance to show it."

Sergio Ramos did not feature in the cup tie on Wednesday and will once again be absent this weekend, while fellow defender Dani Carvajal is not yet ready to make a return.

"With Sergio Ramos, he is in his recovery process and he won't be with us tomorrow," Bettoni confirmed.

"Dani Carvajal trained a little with us, but he won't be with us either and will be able to train normally from Monday."

Madrid have lost just one of their previous 15 away games in LaLiga but have found goals hard to come by this season, managing 30 in 18 games. That is their second-worst tally at this stage in the past 14 campaigns.

FA Cup: Wolves Given Fright By 6th-Tier Side Chorley Before Advancing