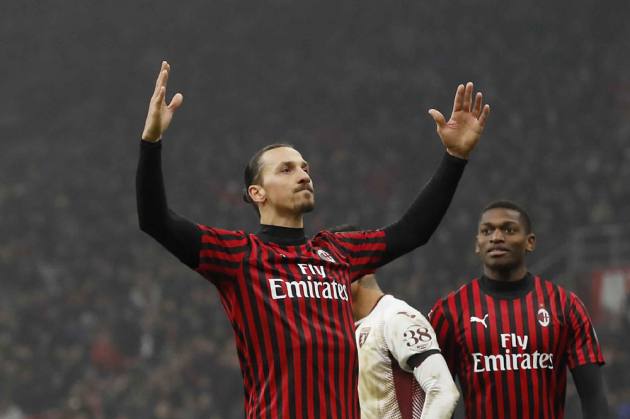 Zlatan Ibrahimovic has confirmed he is leaving Milan after this season, according to Sinisa Mihajlovic. (More Football News)

The Bologna boss, who was a coach at Inter during Ibrahimovic's time there, claims he has received assurances from Ibrahimovic that he will once again be a free agent when his short-term deal at San Siro expires.

Ibrahimovic has scored three times in eight appearances since returning to Milan in January after two years in MLS with LA Galaxy.

"He called me a few days ago and we'll see what he decides to do in the summer," Mihajlovic told Serbian show Vece sa Ivanom Ivanovicem.

"He certainly won't remain at Milan, it remains to be seen whether he'll join us or return to Sweden."

God iZ back and watches over you pic.twitter.com/yWxN638Zbx

The 38-year-old began his career at Malmo before moving to Ajax and he has a statue outside his first club's stadium.

However, his relationship with Malmo's fans has been soured due to Ibrahimovic's part ownership of rivals Hammarby and the striker's monument has been vandalised on numerous occasions.

A move to Bologna could therefore be appealing to Ibrahimovic, with Mihajlovic not expecting to encounter the type of problems ex-Barcelona coach Pep Guardiola had with the brash Swede.

"Ibra treats me differently from the others, he watches what he says and how he behaves," Mihajlovic added.

"That's because dangerous people recognise each other!"

Ibrahimovic is due to be out of contract after the 2019-20 Serie A concludes, though there is an option to extend the deal by another year.