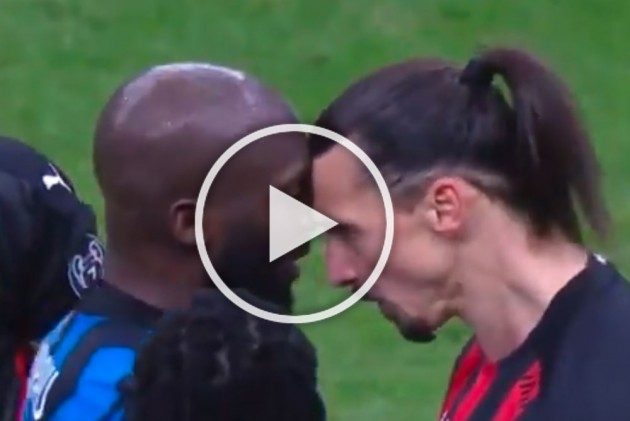 Ibrahimovic turned from hero to villain in the Coppa Italia quarter-final tie at San Siro, scoring the opening goal before he was sent off for a second bookable offence in the second half.

The Milan talisman had been shown a yellow card following a heated confrontation with his former Manchester United team-mate Lukaku late in the first half.

Ibrahimovic appeared to tell Belgium striker Lukaku to "Go do your voodoo s***, you little donkey" as the pair exchanged words and went head-to-head.

Lukaku vs Ibrahimovic | What was said?

Listened to the clip multiple times from 5 different broadcasts & this is what i managed to pick up ðÂÂÂpic.twitter.com/hV9qENrQyS

The strikers had to be separated as they continued to trade insults after the half-time whistle was blown, but Ibrahimovic on Wednesday stated he was not guilty of any racist abuse.

He posted on Twitter: "In ZLATAN's world there is no place for RACISM. We are all the same race - we are all equal!! We are all PLAYERS some better then [sic] others."

In ZLATAN’s world there is no place for RACISM.
We are all the same race - we are all equal !!
We are all PLAYERS some better then others.https://t.co/DhguHUOFte

It is claimed Ibrahimovic's "voodoo" reference was in relation to Everton majority shareholder Farhad Moshiri claiming in 2018 that Lukaku refused to extend his contract at Goodison Park because a "voodoo message" told him to join Chelsea. He ended up moving to United.

Lukaku equalised from the penalty spot after Ibrahimovic was dismissed and Christian Eriksen dramatically put Inter through with a sublime free-kick deep into stoppage time.