After a brace for Milan against Cagliari, Zlatan Ibrahimovic was lauded by coach Stefano Pioli 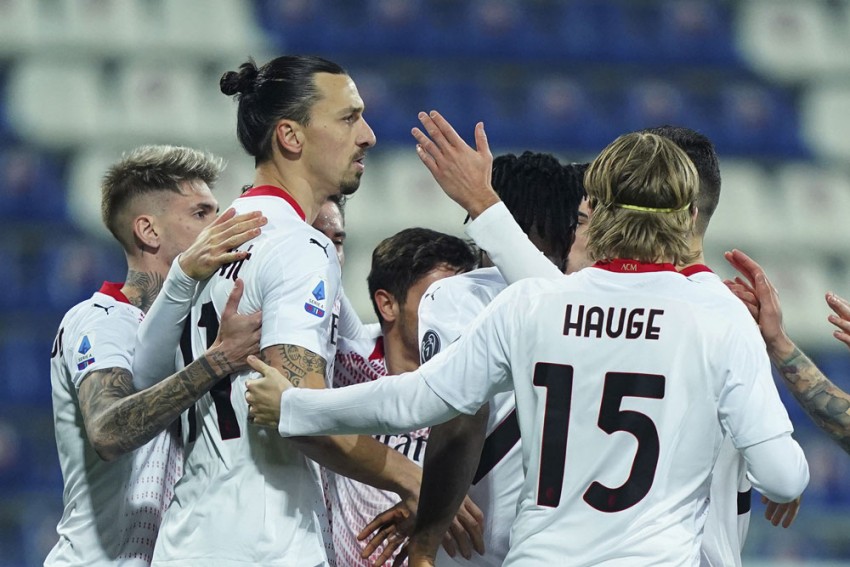 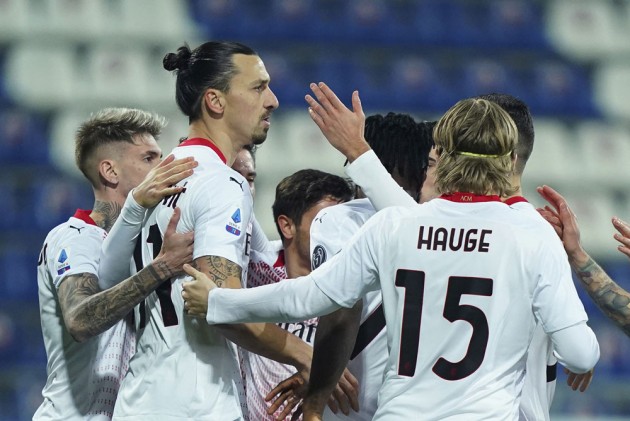 Ibrahimovic scored a brace as Milan moved three points clear of rivals Inter atop Serie A.

The 39-year-old has found the net in nine successive starts for the first time in his career in Europe's top five leagues as he moved onto 12 Serie A goals in eight games this season.

Milan coach Pioli said Ibrahimovic performed above expectations, with his side closing out a win despite Alexis Saelemaekers' 74th-minute red card.

"Ibrahimovic is a champion in everything he does. Of course, now that he is back, we have more options and qualities," he told a news conference.

"The more choices and strong players we have, the more likely we are to win games.

"He still surprises me, but now I know him so well. We always expect him to give the maximum, and today he exceeded our expectations."

Ibrahimovic had the most shots (five) and shots on target (three) against Cagliari, while no player was involved in more duels (17).

Milan extended their unbeaten run away from home in Serie A to 16 matches, which equals their most in the three-points-per-win era (since 1994-95).

"We are happy with today's performance. It wasn't easy to play on such a difficult pitch like this one, facing an opponent with great qualities," Pioli said.

"We deserved the victory and now we will start focusing on the next important game on Saturday against Atalanta."