Zlatan Ibrahimovic now has 73 goals in two stints in Milan, 57 for city rivals Inter and another 23 for Juventus. He also has 113 goals for Paris Saint-Germain in France, 18 for Manchester United in England and 16 for Barcelona in Spain. 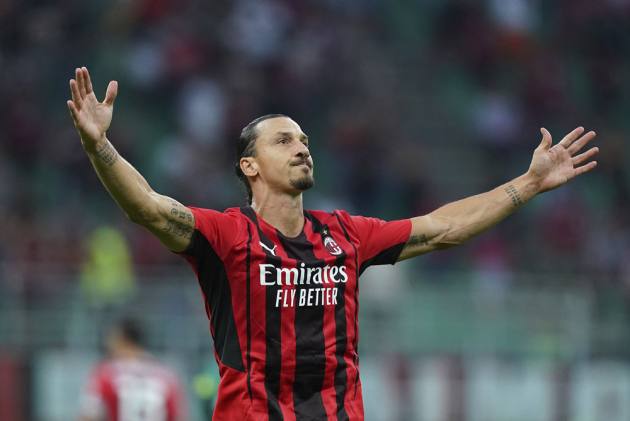 Ibrahimovic, 40, joined the exclusive '300 club' in style scoring a bicycle kick in stoppage-time to rescue a point for Serie A leaders AC Milan against Udinese.

This was his sixth Serie A strike of an injury-hit campaign.

He now has 73 goals in two stints in Milan, 57 more for city rivals Inter and 23 for Juventus in Serie A, 113 goals for Paris Saint-Germain in Ligue 1, 18 for Manchester United in the Premier League and 16 for Barcelona in La Liga.

Ibrahimovic also has 16 goals for his first club Malmo, 35 for Ajax and 53 for Major League Soccer side LA Galaxy.

The draw helped Milan move two points clear at the top of the Serie A standings, with second-placed Inter Milan playing Cagliari on Sunday.

Ibrahimovic's goal, his sixth Serie A strike of an injury-hit campaign, came from the visitor's only shot on target in the match and was clinical in its execution to earn a below-par Milan a point.