"She looked like she was sleeping peacefully ... A sleeping beauty," 44-year-old Ashraf, from Kozhikode district in north Kerala, said. 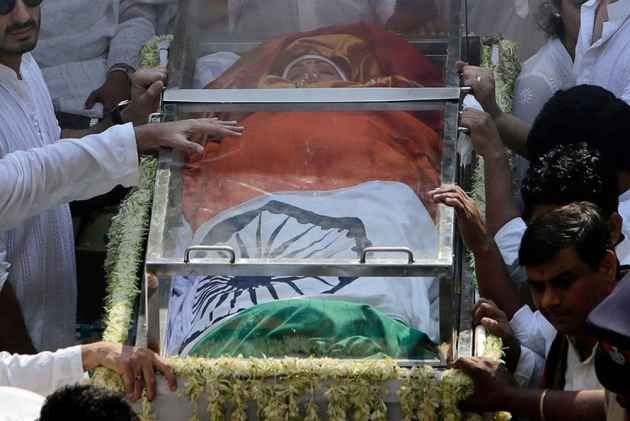 Sridevi looked like a "sleeping beauty" on her final journey home from Dubai, an Indian social worker who was involved in the process to repatriate the Bollywood diva's body to India has said.

Ashraf Thamarassery was among the handful of people who saw Sridevi for the last time before her mortal remains were embalmed and taken to Mumbai in a private jet yesterday, the Gulf News reported on Wednesday.

"She looked like she was sleeping peacefully ... A sleeping beauty," 44-year-old Ashraf, from Kozhikode district in north Kerala, told the paper.

He said the 54-year-old Bollywood icon's face did not look much different than how he had seen her on screen and in photographs. There was no wound on her head as reported by a section of the media, he told PTI on phone.

Ashraf is known as the 'Friend of the Dead' in the UAE for assisting the repatriation of over 4,700 bodies of expatriates from across the world during the past 18 years. He offers his service free of cost.

Ashraf said he was among the few who were present at the embalming room.

Sridevi was wrapped in three white cotton sheets. She was taken in an ordinary wooden coffin that costs Dh 1,840 (approx Rs 32,000), Ashraf, who owns a garage in Ajman, said.

Sridevi was in Dubai to attend a family wedding. She accidentally drowned in the bathtub in her room at the Jumeirah Emirates Towers hotel late on Saturday, leaving her fans, family and friends stunned.