Ikkjutt Jammu, a Jammu city-based far-right group which is seen closer to the BJP, describes it as a conspiracy by the BJP to turn J&K into an Islamic State. 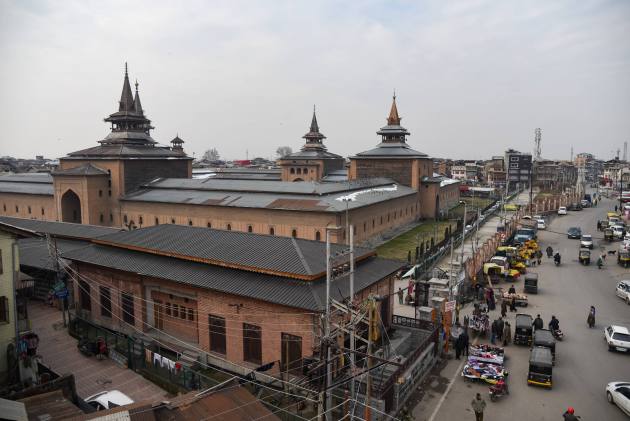 Even a week after Srinagar became one of the 49 cities worldwide to join the UNESCO Creative Cities Network (UCCN), the BJP in Jammu and Kashmir has maintained silence about it.  At the same time a Jammu city-based far-right group, seen closer to the BJP, called Srinagar’s inclusion into UNESCO Creative Cities Network (UCCN) list as a move by the BJP to turn J&K into an Islamic state. They have sought the separation of Kashmir from Jammu on this account.

This has happened in spite of the government and a number of union ministers issuing congratulatory statements about the development. The Minister of Education and Minister of Skill Development and Entrepreneurship in the Government of India, Dharmendra Pradhan said Srinagar joining @UNESCO’s ‘Creative City Network’ under the Craft & Folk Arts category is a moment of pride for all Indians. “The creativity & crafts legacy of J&K will now get an even bigger stage.” Union Minister for Culture, Tourism and Development of North Eastern Region (DoNER), G Kishan Reddy, called the move a proud moment for India.

“We have not issued any statement from Jammu or Kashmir about Srinagar entering UNESCO Creative Cities so far. We are thinking about it,” says BJP’s spokesman Altaf Thakur.

Ikkjutt Jammu, which is seen closer to the BJP, describes it as a conspiracy by the BJP. “It looks BJP has decided to turn Jammu and Kashmir into an Islamic state,” Prof Hari Om, a leader of Ikkjutt Jammu said in a press conference in Jammu. “I am not talking about Srinagar Airport being declared as one of the major Airports of India. I am saying BJP is not only turning Kashmir into an Islamic state but it is also destroying Jammu. I am not talking about Darbar Move being revived. What has happened is that Srinagar city has been included in creative cities. It is not UNESCO that has done it but our government has recommended it. Otherwise, what is Srinagar? It has only produced terrorists and it is still producing it. It is a den of anti-India intrigues,” Prof Hari Om said. “The government has now only option. It has to separate Jammu from Kashmir so that Jammu people will run their administrative, social and economic issues on their own. We will not tolerate BJP’s intrigues anymore. BJP has to recognize the aspirations of Jammu and separate it from Kashmir,” he added.

Author and political analyst Zafar Choudhary, says over the years Jammu has been looking at Kashmir through what they see the transition of power from Dogra rulers to Kashmiri Muslims in 1947 and it is one of the reasons whatever great happens to Kashmir it becomes very difficult for someone in Jammu to appreciate it. He says it is the reason that BJP J&K hasn’t issued any congratulatory statement on such a big development.

Choudhary tells Outlook that Ikkjutt Jammu’s political idea to separate Kashmir from Jammu was thinking of the Rashtriya Swayamsevak Sangh. On June 29, 2002, the Akhil Bharatiya Karyakari Mandal (all-India leaders' committee) of the Rashtriya Swayamsevak Sangh passed a resolution called Kurukshetra Resolution, demanding that Jammu be made a separate state, and Ladakh a Union territory. The demand was endorsed and subsequently, Jammu and Kashmir National Democratic Front (JKNDF), a local organisation led by RSS State head Indresh Kumar and former Bharatiya Janata Party State president Tilak Raj Gupta was formed to press the demand. The Ladakh Buddhist Organisation had also joined the JKNDF campaign for the separation of the two regions from Kashmir.

Choudhary says the BJP in its Kurukshetra Resolution in the same year vouched for the unity of J&K. “The BJP thinks that strategically it will blunder to separate Jammu from Kashmir. Rather than separating Kashmir from Jammu, BJP believes in alleviating status of Jammu, which it is doing at present,” he says. He says for some time Jammu Dogras were pushing for separate statehood and had the blessing of both the RSS and the BJP. “Now they don’t have their backing. But they think their dignity can be only restored once Jammu is separated from Kashmir. I see IKJUTT Jammu’s demand in that perspective,” he says. He says Srinagar’s inclusion into UNESCO Creative Cities Network has put them in a further dilemma as it is the celebration of Kashmir’s civilisation, its culture and its people, which they don't want to own.

The dossier for the nomination of Srinagar was prepared by the INTACH Kashmir chapter.  Srinagar had applied in 2018 but that time the application was rejected. This time the successful dossier said it is expected that the UCCN tag would not only give global recognition to Srinagar but also help it in getting international funding, making tie-ups with craft universities, and pitching crafts as products.

The Indian National Commission for Cooperation with UNESCO had recommended Srinagar and Gwalior for inclusion in the list but Srinagar made it this time. Five Indian cities are already in the list-Mumbai (film), Hyderabad (gastronomy), Chennai (music),Varanasi (music) and Jaipur (crafts and folk art).

“I am immensely pleased that the city of Srinagar has been placed on UNESCO world list of creative cities in the craft and folk art category. Great recognition that our crafts are not only economic assets, but more widely contribute to a process of building and rebuilding community identities,” says Saleem Beg, chairman of INTACH’s J&K chapter.

“The cultural heritage and current creative assets of the city will be the pillars to build a consistent action plan, which contributes to the sustainable urban development of the city in line with the UN Agenda for Sustainable Development,” he says.