Start-Ups In The Slow Lane

Despite complaints about bandwidth and Internet reliability, it's raining start-ups in Goa. 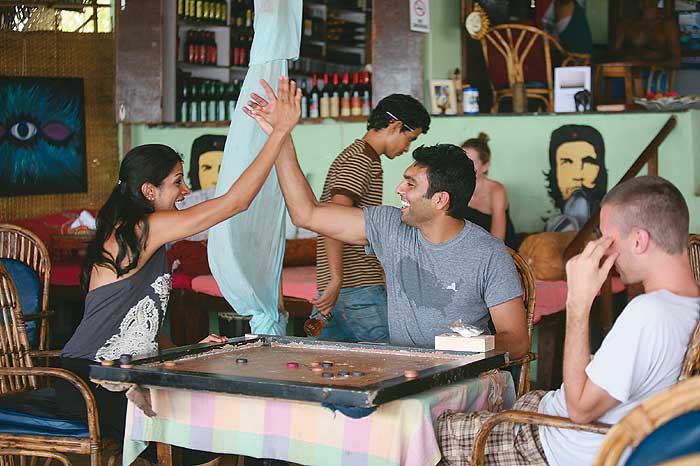 Another flaming sunset lights up Goan skies, and another party jammed with young people from around the world goes into mellow mode. But this one, spilling across the terraces of a beautifully updated colonial-era mansion on the Mandovi riverfront in Panjim, isn't what you might expect. Instead of trance music and tattoos, these conversations are about rounds of funding and megabits per second bandwidth. These are Goa Web Folks, a regular meeting of the start-up community that is now rapidly expanding in India's smallest state. Over 300 members are already registered, and 10-12 newcomers show up every get-together.

The start-up party takes place in the office premises of Next Big Thing a Goa-based web agency with high-end Swedish clients like The Body Shop, Intel and Reebok. Show up on a weekday, and the atmosphere is part-dormitory, part-boutique. Beer and wine bottles are neatly lined up for recycling by the kitchen, and framed Bollywood posters surround the brand-new table tennis table next door. There is a chill-out room with cushions on the floor. But all these are fully wired with individual high-speed wi-fi routers, and the main office space — with floor-to-ceiling windows overlooking the Panjim ferryboat crossing — is all state-of-the art technology, a small team of Swedes and Indians intently focused on their work.

What possessed a Swedish company with Swedish clients to move to Goa? It was Next Big Thing's founder, Fabian Mossberg's idea. From the age of 6, he had repeatedly accompanied his mother to India on her spiritual journey to various ashrams and gurus. When he returned by himself at 24, "the memories hit me so hard. It all came back." He had already "started a few businesses in Sweden that allowed me to travel the world, and work from wherever". Now, "Goa was the place I wanted to go." He persuaded his partners to move along with him. Now Mossberg says, "the advantages are many, the quality of life is very high. Panjim is a beautiful city, we have an amazing office. There is really nothing to miss from Sweden."

Exactly when Mossberg took the plunge to Goa, Luke Sequeira did the same after a stint in Canada. Almost immediately after returning to his family home in Saligao, the 29-year-old recalls "I wanted to bring out my fellow nerds from the woodwork, but thought I would check for any other meet-up event of the type. It turned out Fabian was the sole attendee of an event he had created. That is how Goa Web Folks meetups were born." Soon after, Startup Goa came into existence, "a platform agnostic grassroots initiative to sprout world class companies from Goan soil".

Sequeira says "untethered from their desks, and free to freelance through online portals, a lot of high end talent from the metros and overseas is making Goa their base. Some of these remote workers are setting up little teams and others are supporting larger teams abroad. The net result will also be that a lot of talented Goans will choose to stay back and work with these little teams, ultimately breaking out and building out their own companies. The whole reason we established startupgoa.org was to cross-connect such people and sow the entrepreneurial seed."

Keeping "raw talent" at home in Goa also motivates Gajanan Nagarsekar, who returned from the USA to his family home in the rural heartland of Ponda in 2012, where he founded Kallows Engineering, which designs, manufactures and sells highly advanced mobile health technology, such as MobMon, a 12-lead ECG and pulse oximeter that runs off a smartphone, using patented telemedicine protocols to live-stream to remote doctors. Nagarsekar says, "all the big multi-national companies have many Goan men and women who are smart engineers working for them, so why not for a Goan company?"

"This place has all that it takes to be a startup hub" according to Tyrone D'Souza, whose Mobobeat serves advertisers, game developers and e-commerce clients across the globe from offices in Madrid and Mapusa in North Goa. His team is in the process of doubling in size, "our top focus is India, Brazil, and South East Asia. We presently drive close to 20k installs per day in India alone, and see this number touching 50k installs per day very soon." Why here, why Mapusa? "In my years of traveling across the globe for work, I found there is no other place offering the quality of life that Goa has."

A similar calculus motivated Janosch Sander to base the Diet Code development team in Dona Paula, where they ready niiu — a personalised newspaper app developed in Berlin and Goa — for market entry in the UK and US. Sander says, "After we decided to open an office in India, we went looking for an ideal location and an Indian partner to start the business with. We considered all major cities, but eventually decided for Goa as it offered the optimal combination of quality of life, available talent and cost. It has a lot of potential to become a start-up hub. The infrastructure is steadily improving and costs for office space and talented people is still comparatively low. I have seen more and more start-ups appearing over the course of the last 2 years."

When I visited Next Big Thing, Hampus Olsson and Siddharth Ashok had some complaints about bandwidth and Internet reliability in Goa. Their office pays Rs.6000 per month for 6mbps fibre connection, but it still goes down regularly. "We're always on the phone with the provider." But that irritation doesn't prevent broad smiles remaining permanently pasted on their faces when asked about how they are enjoying their start-up lives in India's slow-lane. Olsson, a 26-yr-old digital lifer who made his first website when he was 6 years old, says "this is the perfect place to work, I just love the feel of the place." He grins even wider pointing out that all his colleagues are carefully cultivating facial hair, just like him, in honour of the company's first app, named…wait for it…Beardr.