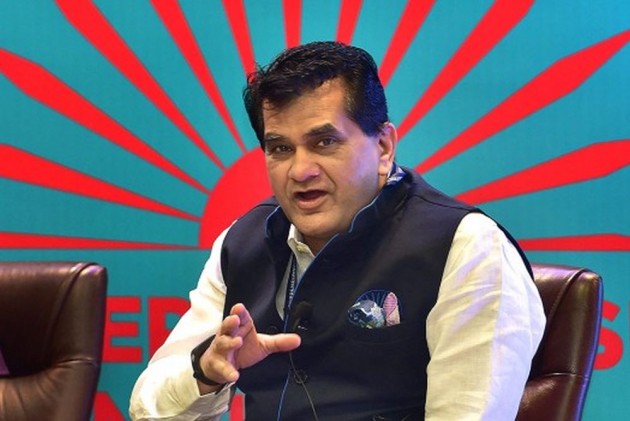 Speaking at the first Khan Abdul Gaffar Khan Memorial Lecture at Jamia Millia Islamia University, Kant said, "Eastern part of India particularly states like Bihar, UP, Chattisgarh, MP, and Rajasthan are keeping India backward especially on social indicators. While we have improved on ease of doing business, we have remained backward on human development index."

Kant further said that India is still 131 out of 188 countries in the Human Development Index (HDI).

Reacting to 'Challenges of Transforming India' he said that the part of southern and western India was doing well and growing speedily.

"And when the country's HDI has to improve and we have to focus on these social indicators. We are working on these things through Aspirational Districts Programme," he added.

Stressing upon the significance of sustainable growth, the NITI Aayog CEO said, "Education and health are vital and in these two areas India is lagging behind. Our learning outcomes are poor - a class 5 student is not able to do class 2 subtractions. Class 5 student is not able to read his mother tongue. Infant mortality rates are very high. Unless we improve on these aspects, it will be difficult to grow in a consistent way."

He also encouraged women to participate in decision-making process. He said, "There must be a conscious effort to frame policies to give women opportunities."

Vice Chancellor of Jamia University Talat Ahmad was also present at the event.