A former Tehelka editor and founder-CEO of Narada.com Mathew Samuel, who conducted the sting operation, reveals the details... 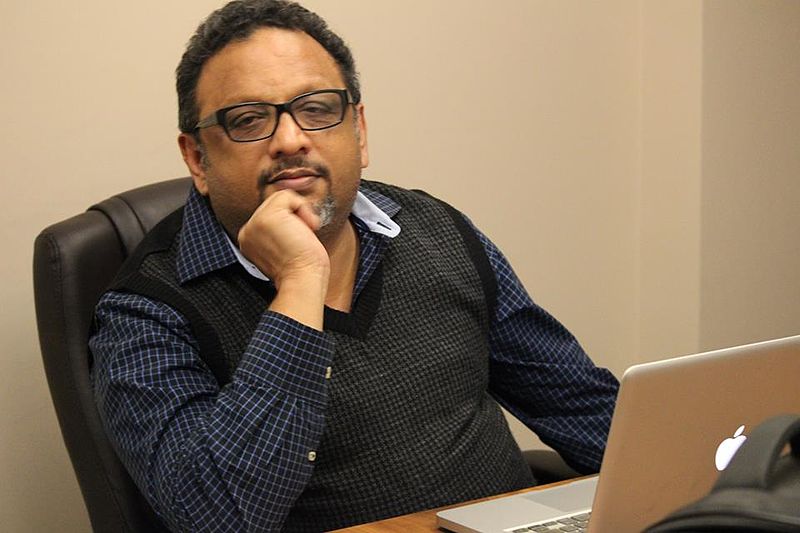 Just before last year’s state elections in West Bengal, news channels beamed a set of videotapes showing ruling TMC’s top leaders allegedly accepting bribes. Mathew Samuel, a former Tehelka editor and founder-CEO of Narada.com, who conducted the sting operation, has since found himself having to answer uncomfortable questions, including who provided the cash that he distributed. In this interview to Outlook, just after the investigation was handed over to the CBI, he reveals the details.

Who paid the money for the sting operation in which Trinamool leaders are showing to be allegedly accepting bribes?

This is a question that the media was not at all asking beforehand. Now suddenly it is showing too much interest in this. In fact, I found that the Bengal police when it was investigating the case (before the Calcutta High Court handed the probe over to the CBI) was more interested in this angle, that is the conspiracy angle, than the input and output.

What do you mean by input and output?

What I mean is: who was getting the money and why were they accepting it?

Was the money offered as bribe or for some legitimate party funding as has been claimed?

It was plain and simple bribe. I had two main goals. One was to find out if these important political leaders, parliamentarians, MPs and MLAs would accept bribe if offered and two, whether they even cared to find out where the money was coming from. Was it coming from Dawood Ibrahim? Was it ISI money? They never asked.

But you told them that you were from Impex, a multinational company which wanted to set up business in West Bengal?

No, I told them that Impex is a consultant company which was lobbying for certain multinational industries which wanted to invest in West Bengal. I told them I was Impex Vice President and the company’s representative and I assumed the pseudonym Sandosh Sankaran.

So how did you explain offering the money?

It was supposed to be a bribe so that the “multinationals” would be given preference for setting up companies in West Bengal.

So again, who actually gave you the money?

It was KD Singh. I had joined Tehelka on March 1, 2014 and I conducted the sting operations soon after.

He is the one who told you to do the sting operation on TMC leaders?

No, it was not like that. I was looking for a state in which to conduct sting operations on political leaders. Initially I had decided upon Himachal Pradesh and Madhya Pradesh. I had even travelled to Bhopal. But later I decided to shift my focus on West Bengal because it was an important state and its leaders were high profile and very visible. There were many issues and corruption was one of them. So I suggested this to the management.

Who is the management?

Why did you decide to work for KD Singh?

I had been with Tehelka at the time when it was founded (he had conducted the Bangaru Laxman sting). At that time Tehelka was completely politically neutral. Tarun Tejpal gave us the go ahead to go after any political party. I did stings on the Congress too. Not just BJP. I was not aware of any changed scenarios because I had left Tehelka in 2003. But when in January 2014 I was approached by Tehelka, after the rape episode (when Tejpal was accused by an employee of rape and jailed) and after the KD Singh takeover was complete, I did a thorough research on the man. After all, I was asked to join as the editor and I should know who I am working for, his background, etc. I do most of my research on Google. Anyway, he was at that time listed in the list of Rajya Sabha members from the Jharkhand Mukti Morcha and not Trinamool Congress. For a long time I didn't know that he was part of the TMC.

What did he say when you showed the tapes?

He said to go ahead.

Why would he want to target TMC leaders when he was a Rajya Sabha member of TMC?

See, as a journalist you must be aware that there are rivalries within political parties. We all know that.

He directly told you any names?

Could you narrate the sequence of events?

After I arrived in Calcutta (end of March 2014) I checked into a guest house initially. Later I stayed at the Peerless Hotel. It was my second visit to the city. On an earlier visit I went to the Sunderbands because I love tigers but didn’t see any there. Anyway, I didn’t know anyone in the city. Most of the Bengalis I know are in Delhi. So I started doing my research by talking to the locals. I would sit at the roadside chai shops, sip tea from the clay cups and converse with people. It was just before the state elections and so I would ask questions like “who do you think will win?”.  At the same time I was secretly on the lookout for people who would be able to connect me to political leaders. Finally I met someone. The guest house in which I was staying had organized a taxi for me and I befriended the driver. On the second or third day, he told me he knew a man called Tiger, who was his neighbour and he was in touch with many leaders of different political parties. Tiger introduced me to Iqbal Ahmed, an important TMC leader and SMH Mirza, the SP of Burdwan district. They took me to the individual leaders.

Did anyone refuse to meet you?

How did you tape the episodes?

On my phone camara. I have an Iphone 4.

The authenticity of the tapes have been questioned.

You can go through the forensic reports which have established without doubt that the tapes were not doctored.

Did you show the tapes to KD Singh.

Why were they not aired immediately?

Because he was part of the TMC. I kept asking why it was not being carried. Finally I got tired of waiting. Left the company and formed Narada.com.

It has been suggested that the tapes were meant to be used for blackmailing.

Blank. (Not sure, if he hears the question. He ends by saying too much already).