Home  »  Website  »  Business  » Opinion  »  Tough Stay At Mount 35K, With Lurking Political Uncertainties Investors Might Have To Wait Long For Next Opportunity
Opinion

Tough Stay At Mount 35K, With Lurking Political Uncertainties Investors Might Have To Wait Long For Next Opportunity

This is election budget, political considerations will decide the course than economic principals 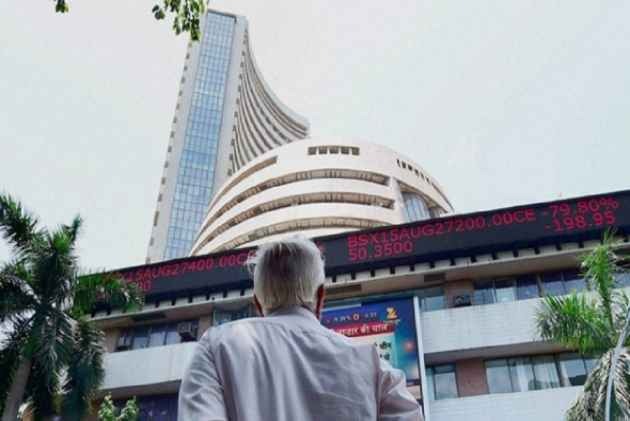 Sebastian Dominic January 18, 2018 00:00 IST Tough Stay At Mount 35K, With Lurking Political Uncertainties Investors Might Have To Wait Long For Next Opportunity

Investors had a good time in Indian stock market last year. BSE Sensex recorded 29 percent growth from 27,000 to 35,000. Though all are happy about the past, there are worries about future. Some feel why worry, book profit and wait for the next opportunity.

Trouble spots are both political and economic. When these two come together it is time to rework investment strategy. May be exit strategy.

Union budget is on 1 February. This is election budget, political considerations will decide the course than economic principals.  What is good politics may not be good for the economy and stock market. This is uncertainty with a negative tilt.

There is concern about the India’s economic growth. GDP rose 6.3% in the July-September 2017, compared with the three year low of 5.7% growth in the April-June quarter of 2017. Though the second quarter growth is interpreted as trend reversal, there are not many takers for this. Moreover, it is too early to come to conclusions.

World bank is there to give a positive feel. In its Global Economic Prospects report the bank expects 7.30 % growth for India in 2018. However they revised estimate for 2017 to 6.7% from 7% projected in October.  Trouble created with the introduced goods and services tax (GST) and slow recovery in private investment is given as reasons for the revision.

Impact of GST, positive and negative, is yet to be quantified. Its impact on the stock market is unlikely to be positive given the resistance and dissatisfaction from the business community. Though many agree that GST can be good in the long term, they do not agree with the trouble and chaos in the short run.

Quarterly survey by industry bodies says outlook is not positive for the manufacturing sector for October - December 2017. Higher production is not expected due to rupee appreciation impacting exports, issues with regard to GST implementation and subdued demand in several sectors. Survey also say capacity utilization and hiring are likely to remain in the negative territory.

From stock market point of view, political uncertainty becomes an issue in an uptrend, that too a continuous one. Politically , Pravin Togadia of Vishva Hindu Parishad (VHP) is major risk for the ruling party. If the issue is not managed without delay, signals will not be positive for the stock market.

Friction with the judiciary is clear. In the market, people talk openly about its impact on the party president and possible political collapse.  Uncertainty is not what stock market want, especially when it is in a winning spree. Booking profit will then become a logical choice.