Eminent Indian experts were particularly agitated by the fact that the Zawahiri's declaration specifically mentions three Indian States, Jammu & Kashmir, Gujarat and Assam, and that these would 'now become immediate targets' 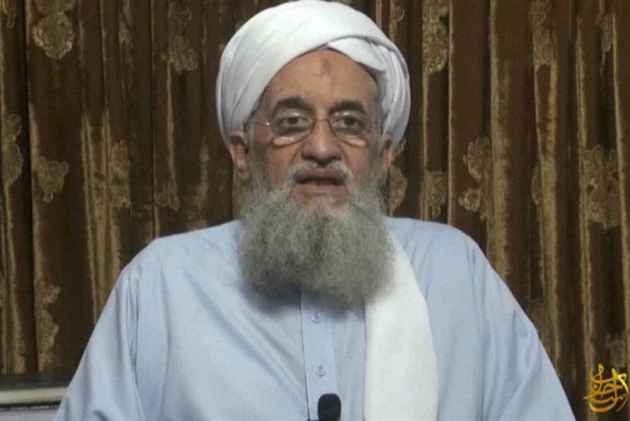 "Why is there no storm in your ocean?" Maulana Aasim Umar, now designated as the leader of al Qaeda's jihad in the Indian sub-continent, had demanded of Indian Muslims in June 2013, "Today, when the call of Jihad is being raised all over the world and Muslims of every region have started Jihad in their lands to eradicate the system based on global disbelief, the leaders of the global Jihad have the right to ask... Why is it that the Muslims of India are totally absent from the fields of Jihad?"

A storm in the media teacup was, however, unleashed by al Qaeda (AQ) amir Ayman al Zawahiri's video declaring the creation of the Jamaat Qaiadat al Jihad fi Shibhi al Qarrat al Hindiya or Organisation of the Base of Jihad in the Indian Subcontinent (Al Qaeda in the Indian Subcontinent for short, AQIS). Eminent Indian experts were particularly agitated by the fact that the Zawahiri's declaration specifically mentions three Indian States, Jammu & Kashmir, Gujarat and Assam, and that these would 'now become immediate targets' of recruitment to the organisation and of al Qaeda's brand of hyperterrorism. Media pundits were greatly disturbed by the 'new threat' of this 'India-centric' al Qaeda offshoot, and proclaimed that the global jihadi outfit had come out of the cold to 'focus' on India.

Electronic media hysteria appeared to have communicated itself to elements within government, and the union ministry of home affairs, perhaps in an effort to demonstrate its unfailing grip on internal security, quickly announced a 'high alert'. Since no specific intelligence regarding an imminent terrorist threat was currently available, it is not clear what such a 'high alert' was intended to achieve, other than random harassment inflicted in Muslim neighbourhoods by the lower orders of the police. Nevertheless, the general tenor of reportage suggests, the media was reassured by this measure.

No terrorist threat can ever be dismissed lightly, but assessments must be tempered by realism. A distinction between a declaration of intent and operational capacities is key. As a declaration of intent, Zawahiri's statement must be taken seriously. To the extent that a new organisation has been formed with a particular objective to advance the jihad in the Indian sub-continent, and that its leader, Maulana Aasim Umar, has been identified, such a declaration must be taken the more seriously. Nevertheless, it is necessary to moderate assessments with the recognition that South Asia has been unsuccessfully targeted by AQ at least since 1996, when Osama bin Laden referred to India in general, and Jammu & Kashmir and Assam in particular, among the regions across the world where the Muslims were living under 'oppression', and which were legitimate theatres of jihad. After 2002, the year of the communal riots in the State, Gujarat has been referred to, in addition to these two provinces, in several AQ statements on India. In 2006, moreover, bin Laden articulated the theory of the global 'Crusader-Zionist-Hindu' conspiracy against the Muslims and concluded, "It is the duty for the Umma with all its categories, men, women and youths, to give away themselves, their money, experiences and all types of material support, enough to establish jihad, particularly in Iraq, Palestine, Afghanistan, Sudan, Kashmir and Chechnya."

Interestingly, Said al Masri, the number three in AQ at the time of his death in a US drone strike in Pakistan in May 2010, had made a garbled claim of an "India operation" targeting the German bakery. "Last February's India operation was against a Jewish locale in the west of the Indian capital", he declared, reflecting a somewhat uncertain grasp of detail and Indian geography, "in the area of the German bakeries— a fact that the enemy tried to hide— and close to 20 Jews were killed." [17 persons were, in fact, killed in the terrorist bombing of the German Bakery in Pune, more than 1,400 kilometres South West of India's capital, Delhi, on February 13, 2010. The victims included a Muslim from Iran, another three Muslims from Sudan, an Italian, and twelve Indians, all Hindu].

In 2012, Ustad Ahmad Farooq, then head of AQ's 'preaching and media department' for Pakistan, warned that the preceding killing of Muslims in Myanmar and Assam Assam "provide impetus for us to hasten our advance towards Delhi." And, as noted above, in June 2013 Maulana Asim Umar, now head of AQIS, released a video titled "Why is there no Storm in your Ocean?", exhorting Indian Muslims to join the global jihad.

Significantly, AQ efforts to establish linkages in India are far from recent in origin. Several prominent India-oriented terrorist organisations based in Pakistan, prominently including the Lashkar-e-Taiba (LeT), Jaish-e-Muhammed (JeM), Harkat-ul-Mujahiddeen (HuM), Indian Mujahiddeen (IM), as well as Harkat ul Jihad Islami Bangladesh [which was set up in 1992 with direct financial assistance from bin Laden's International Islamic Front], have established relations, ideological, financial and operational, with AQ for several years now. The IM 'operations commander' for India, Yasin Muhammad Ahmad Zarar Siddibapa aka Yasin Bhatkal, arrested in August 2013, disclosed that IM sought to collaborate with AQ for "joint operations" in India and had held talks with a senior leader of AQ. Further, IM cadres had joined AQ and were "fighting in Afghanistan-Pakistan border". Abu Jundal, currently in Indian custody in connection with the 26/11 attacks in Mumbai, also disclosed that the 26/11 attackers were trained by AQ terrorists at a LeT camp near the Pakistan-Iran border. A trickle of Indian volunteers are reported to have joined AQ over the past years in the AfPak region.

In sum, the present statement by Zawahiri only repeats what has been said in numerous earlier declarations of intent and attempts to provoke Indian Muslims to join the so-called 'jihad'. Crucially, AQ has no operational capacities of its own in India, though several Pakistani groups as well as the Indian Mujahiddeen, which operate in India, have accepted its ideological leadership. This has been the case for several years now, and has had no significant impact on the trajectory of Islamist terrorism in India.

It is useful to understand that India has confronted and contained Islamist terrorism backed by the Pakistani state, its Army and Intelligence Agencies for more than 25 years. Any threat that the AQ may create cannot be greater than the threat of terrorism sustained by the collective resources of the Pakistani state.

Significantly, one of the elements that most commentators missed out was Zawahiri's inclusion of Islamabad in his promise to "our brothers in Burma, Kashmir, Islamabad, Bangladesh... we did not forget you in AQ and will liberate you from injustice and oppression". AQ has, at least since 2008, regarded the Pakistan Army and state as apostate entities, and legitimate targets of jihad. To the extent that the bulk of AQ's degraded capacities now survive in the AFPAK region, any consolidation of South Asian jihadi forces under the AQIS banner would constitute a grave and immediate threat to Pakistan, long before it radiated outwards to other theatres.

India's vulnerabilities to terrorist attack remain great— perhaps no less than there were in 2008 at the time of the Mumbai attacks. Intelligence and security agencies have only seen uncoordinated and fitful improvements, and the cumulative impact on their capabilities to secure the nation would, at best, be marginal. Nevertheless, while the threat of terrorist attack on soft targets persists, terrorism constitutes no significant existential threat to India and its state structures.