Strays In The City

The strays remain, nonetheless, an indispensable part of what counts as an Indian city. They are everywhere and they make urban landscapes — even the unknown, empty ones — friendlier.

A couple of weeks back, the man who hacked puppies to death in the middle of the night at the Green Park Metro station was caught. He was found in Lucknow after a wide search began, based only on what little description could be gleaned from the CCTV video which showed the whole thing. It was a rare piece of interspecies justice in a country where animal cruelty — especially cruelty towards stray animals — has always been somewhat acceptable, except in certain pockets of sensitivity and care-giving.

The police force especially is frequently either indifferent or, worse, actively complicit in the cruelty. Take for example what happened at the Aandheri police station last month: a stray dog was beaten up so brutally that it was blinded in one eye. The suspect, however, is allegedly part of the police force. No wonder then that the FIR was not registered at first. An NGO meanwhile rescued the dog and took it to a veterinary hospital. 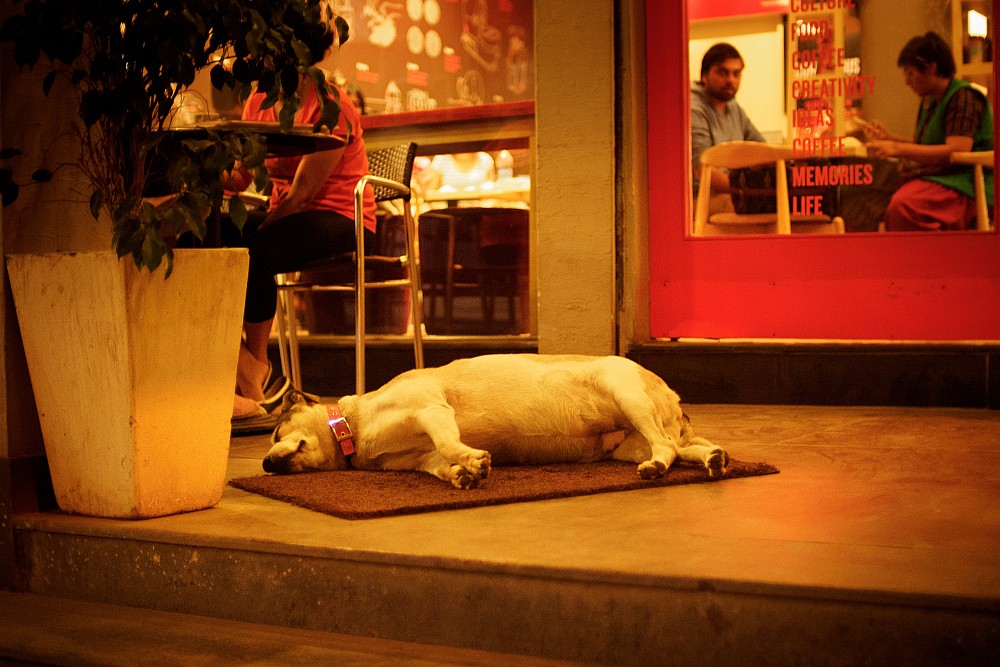 One of my own experiences, while on an early-morning walk around an area as urban and posh as Safdarjung Enclave, was to witness a security guard getting up from his chair, sneaking up behind a limping stray and kicking it squarely in the ribs. When I screamed and asked him to stop, he smirked and mumbled something about trying make sure it didn't bite me. It was lost on this man that his violent stunt had also made the dog even more jumpy, and it immediately became aggressive, eventually resulting in it being chased away by several of the collared dogs that roam free in the area.

The situation is not that much better for pedigree dogs either: here the risk is of being abandoned once it becomes apparent that maintaining their health requirements is a recurring, continual and even more unaffordable matter than the initial exorbitant fee paid to their (frequently illegal) breeders. Even worse, very old and weak dogs are often abandoned tied to lampposts — presumably to prevent them from following the owner back to their house. The older dogs are less likely to be fostered and adopted again; that is if they are even rescued in the first place. 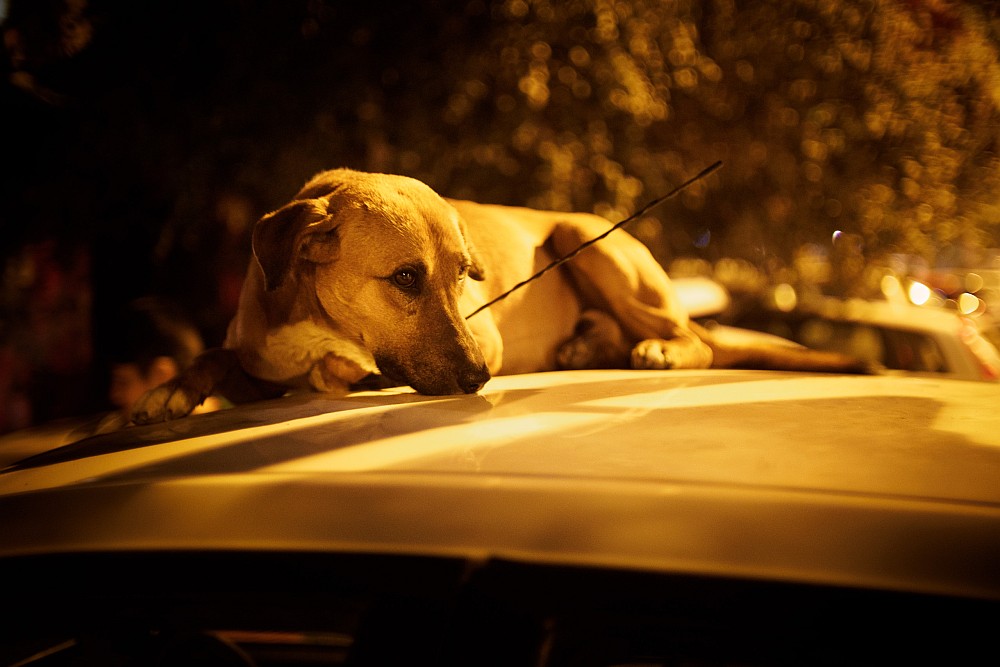 NGOs like Indegree, PAWS India and Frendicoes have begun to use social media for adoption ads, but even so, looking after older or abused animals requires a level of skill and commitment that all but the most experienced animal lovers find hard to muster. An example of a typical Frendicoes post goes: "[Lake] a young female Labrador (about 2-3 years old) was abandoned because she has juvenile arthritis, something that cannot be cured completely but can be kept in check with medicine for as long as she lives. In last 2 weeks Lake has made great recovery, from crying in pain the whole of first night to now going for short walks…" Similar posts can be seen every day for labs, apsos, spaniels and retrievers.

The only (and insurmountable) difference is in the response. While adoption and sponsor requests for pretty, furry ‘foreign' breeds is high, when it comes to abandoned desis, it is mostly apathy or comments on their appearance without any offers. Garima, who volunteers with Frendicoes described the situation of abandonment in numbers and procedure: "On an average we get 2-4 abandoned dogs at our shelter every week. Once we do a medical check-up and learn about their behaviour, we try to rehome them. If a particular dog does not find a home, he/she stays with us for rest of their life." 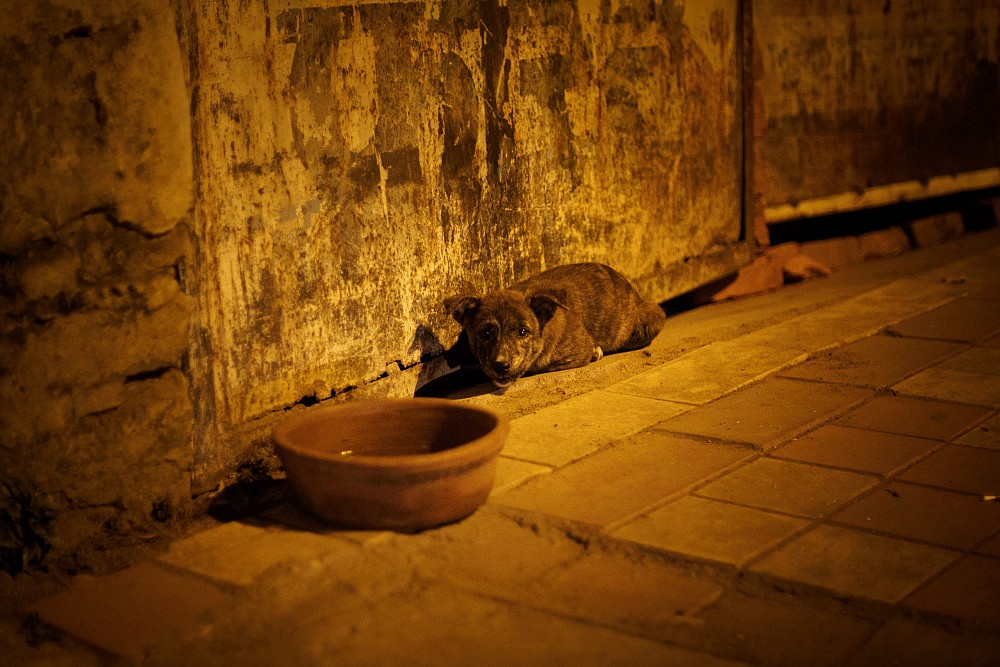 Dr Munmun De, a veterinary surgeon based in Calcutta, who works at the Canine Clinic also provide free services for strays including check-ups and vaccination drives. She uses her access to sample medicines to provide aid to strays for free. But even when her clinic organises a drive, the cost usually stays below Rs 10,000 — a donation that is easy to make for many employed, urban Indians.

She says she finds as many cases of caring and rescue for stray animals as she does for abuse. The commonest kinds of abuse include poisoning, acid attacks, burns and being chained in cramped spaces. "Diwali," she elaborates, "is a particularly bad time". 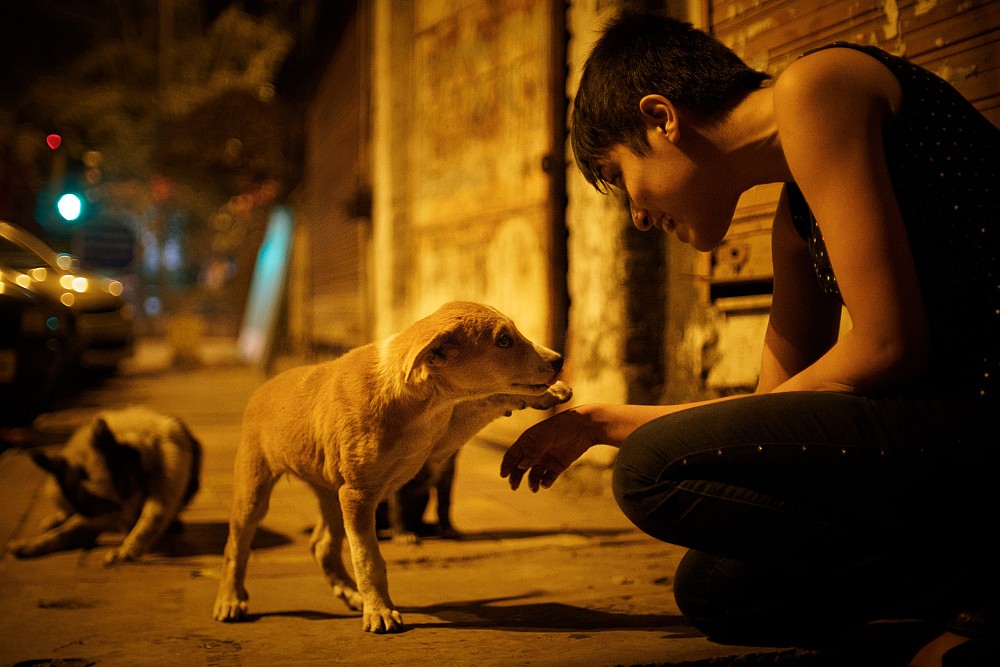 The strays remain, nonetheless, an indispensable part of what counts as an Indian city. They are everywhere and they make urban landscapes — even the unknown, empty ones — friendlier. Whether you are in Bombay, Delhi, Kolkata or Jaipur and whoever you are, having a stray dog come to you for cuddles and head rubs can be a welcome form of grounded, affectionate bonding that is becoming rarer in these increasingly hectic and disconnected urban landscapes.

Last month, Natasha Hemrajani, a freelance photographer from Mumbai, reported how women at Nariman Point felt safe to be on their own because the strays would form a tight pack around them and bark at potential aggressors. The Outlook office in Delhi is itself a safe haven for a healthy, quiet bunch of strays of all ages who lie outside the front door and look mournfully at anyone who does not stop by for pats. When I leave work in the early hours of morning, the largest dog, a portly and magisterial desi, is always a reassuring sight. 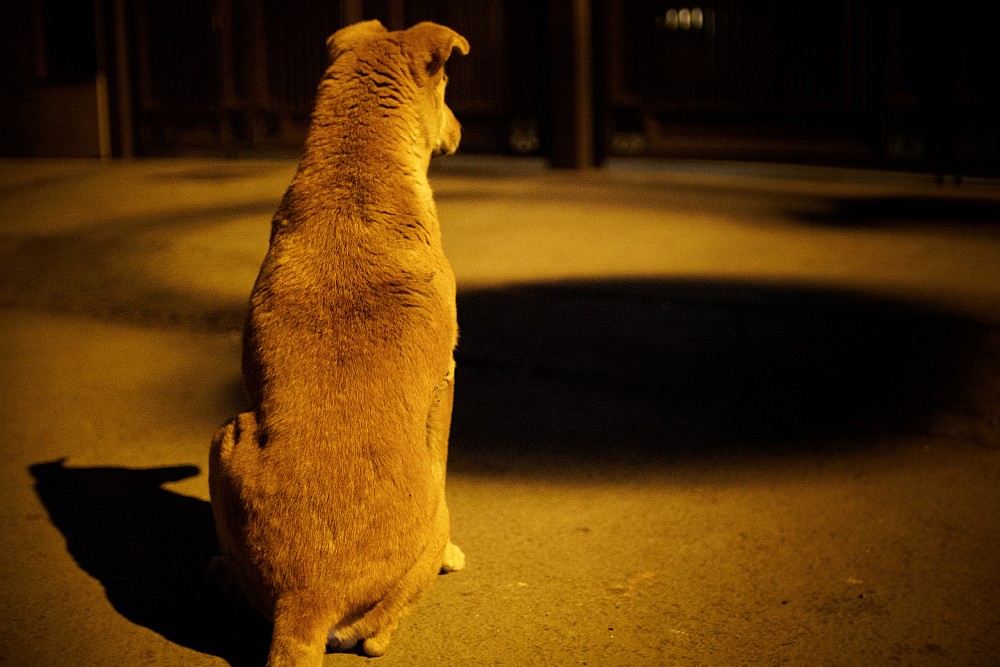 I asked Dr De what she thinks is the best way to help strays when we cannot foster them. Without hesitation she replied, "Help sterilise the strays in your locality. Not only will there be fewer pups on the roads and so less injury and brutality, but also, without the mating, there will be fewer fights. Fewer fights among dogs means less blood and saliva, and less likelihood of rabies becoming a problem." I asked specifically about summer, and her answer, again, was ready: water bowls. "Keep bowls of cool water around the house. That's one of the best things you can do for them."

So for happier dogs and happier cities, the formula seems simple: care for them and they'll care for you.

All photos by Andy Taylor.