Strikes Proved To World That India Will Not Tolerate Terrorists: Nirmala Sitharaman

All the terrorists pads, Sitharaman said, were cleared “and those who were wanting to spread terror have been adequately punished”. 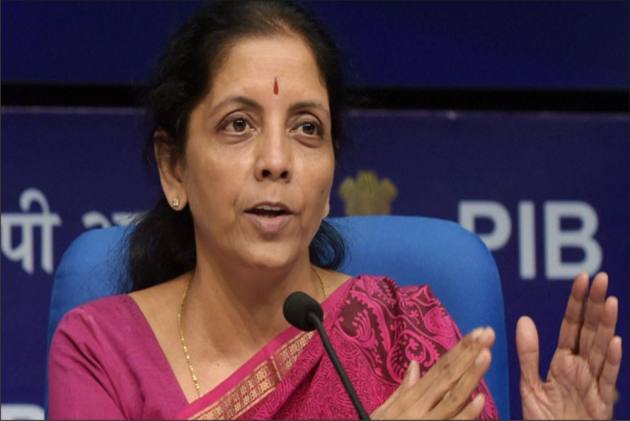 The second anniversary of the 2016 surgical strikes across the Line of Control (LoC) is being observed as "Parakram Parv", with Defence Minister Nirmala Sitharaman on Friday stating that the strikes were a message that India would not tolerate terrorists from across the border and that the killing of soldiers will not go unpunished.

The three-day Parakram Parv events are being held at 53 locations in 51 cities across the nation, including Delhi, Chandigarh and Jodhpur.

Prime Minister Narendra Modi inaugurated the event organised by the Konark Corps at the Jodhpur Military Station, and visited the Konark War Memorial where he laid a wreath and signed the visitors book.

He also attended the Combined Commanders' Conference there.

In the visitor's book, Modi wrote: "Our country is proud of our forces who are purely dedicated to the security of our motherland".

After that, in an open jeep, the Prime Minister went around an exhibition of armoured squads, weapons and equipment in the Konark Stadium. He was also accorded a guard of honour there.

Thousands of visitors flocked to the stadium to have a look of the defence equipment on display. They were also seen taking selfies with the displayed weapons and equipment.

The modern defence equipment such as tanks, artillery and radar were showcased on the occasion. The displayed weapons included rocket launcher Pinaka, multi-barrel rocket launch system, Arjun tank, strike vehicles and Rudra aircraft, among many others.

Taking part in the event at the India Gate lawns in New Delhi, where she headed straight from Jodhpur, Sitharaman said: "On the night of 28-29, Indian armed forces proved to this world that there is a very clear way in which we will show our strength to say that we shall not tolerate terrorists in the garb of intruders and creating havoc at our borders, at least hoping to create."

"All the terrorist pads were cleared off. And those who were waiting to spread terror have been adequately punished. Therefore, today we are observing Parakram Parv so that every citizen of India remembers the brave and the martyrs who sacrificed their lives for the nation. We bow to them," she added.

Visitors will get the opportunity to see the captured weapons used by the terrorists that have been brought from Jammu and Kashmir and put on display in Delhi.

Military equipment such as artillery guns and small arms will also be on display. Besides the military band, renowned singers including Kailash Kher and Sukhwinder Singh will also perform at the event being organised here.

Besides, various commemoration events were organised in the areas falling under the Indian Army's Western Command.

Several events have been planned at the Hisar Military Station over Saturday and Sunday as part of Parakram Parv. This includes showcasing of weapons and equipment, live demonstration of the might of mechanised forces of the Army, motivational movie on the life of soldiers on the LoC and visits to war memorial by schoolchildren.

After 18 Indian soldiers were martyred in an attack by Pakistan-backed terrorists in Uri in 2016, the Indian Army had retaliated by carrying out punitive strikes in Pakistan-administered Kashmir and killed terrorists on September 28-29, 2016.