Physical classes in schools, colleges and other educational institutions resumed and government offices have reopened in Delhi 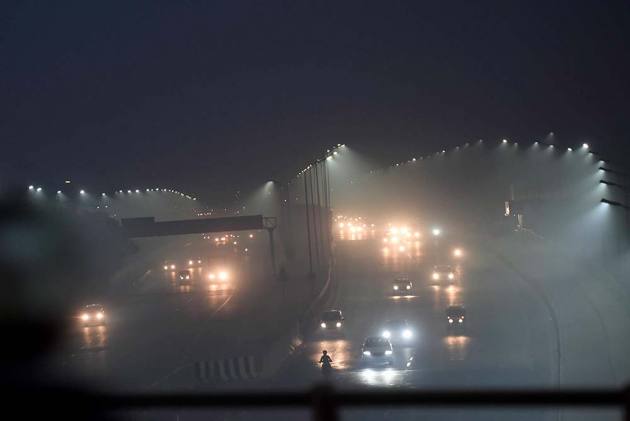 The India Meteorological Department said favourable wind speed, up to 15 kmph, aided dispersion of pollutants during the afternoon.

According to the Ministry of Earth Sciences' air quality monitor SAFAR, favourable local surface wind speed on Tuesday is likely to bring slight relief. Earlier in the day, Delhi Environment Minister Gopal Rai said the ban on construction and demolition activities in Delhi will continue till further orders in view of the high air pollution levels.

The ban on the entry of trucks, barring those engaged in essential services, will continue till December 7, while CNG and electric trucks will be allowed to enter Delhi, Rai said after a review meeting with officials of departments concerned. He further notified that the government's 'Red Light On, Gaadi Off' campaign to curb vehicular pollution is being extended till December 18.