The protesting student on Monday hit the streets and marched to the Vasant Kunj police station, demanding Johri's arrest. 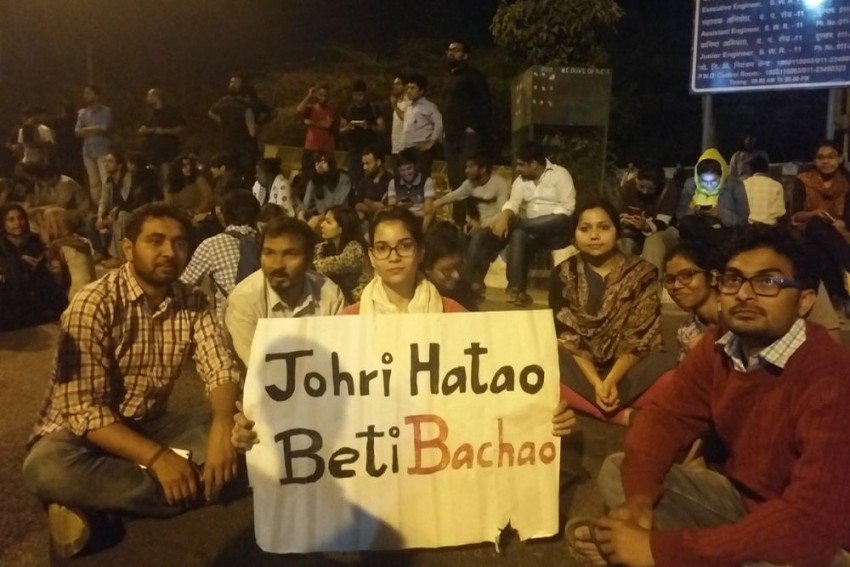 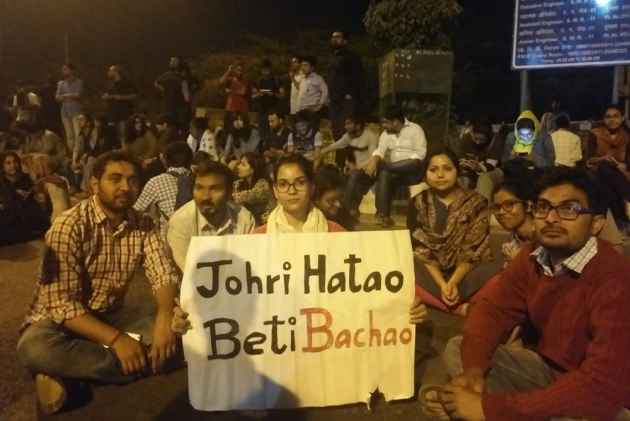 Jawaharlal Nehru University (JNU) students demanding the arrest of professor Atul Johri, who is facing allegations of sexual harassment by eight women students, have accused the Delhi police of "inaction".

The protesting student on Monday hit the streets and marched to the Vasant Kunj police station, demanding Johri's arrest.  The students alleged that four days after eight women students came forward with sexual harassment complaints against the professor, no action has been taken against him and just one FIR has been lodged.

Continuing the stir on Tuesday, women's organisations staged a joint a protest in front of the police station.

Joint commissioner of police (New Delhi) Ajay Chaudhary said: “A notice has been issued to the accused, asking him to join the investigation. The statements of the complainants have also been recorded."

However, in a statement, the JNUSU said, "The Delhi Police has postponed the recording (of statement) of Atul Johri till tomorrow (Tuesday). This (recording) could have been done today itself. We believe that the postponement was done to give him more time. Since an FIR has been registered, he should be interrogated in custody and not given time to protect himself. By giving him more time, the Delhi Police is actively protecting him."

The students raised slogans against the university officials and Delhi Police. A minor scuffle broke out when some of them tried to break the barricades put up by the police.

DCP (southwest) Milind Dumbere told The Indian Express that the police have so far registered one FIR in the case. He added that police are considering filing multiple FIRs, but will first look into complaints and the statements recorded by the women.

“We have no problems registering multiple FIRs. However, we are going through the case to ascertain if it merits multiple FIRs. If the case requires multiple FIRs, we will proceed accordingly. We will also see if additional sections should be added to the FIR,” Dumbere said.

Meanwhile, political parties, including the Aam Aadmi Party, Left and Congress, have joined Twitter campaign -- #ArrestJohri—demanding action against the professor.

‏”If so many women students have made such serious complaints if serial sexual harassment against @ProfJohri why won't @DelhiPolice #ArrestJohri? Is it maybe because of what the attached tweet indicates - the accused flaunting his closeness to ruling party?” Krishnan Tweeted.

If so many women students have made such serious complaints if serial sexual harassment against @ProfJohri why won't @DelhiPolice #ArrestJohri? Is it maybe because of what the attached tweet indicates - the accused flaunting his closeness to ruling party? pic.twitter.com/MLa3Qm6gjf

Whom does the @DelhiPolice stand by? The influential professor Atul Johri or the 9 women complainants? Why has it not arrested Atul Johri yet? #ArrestJohri

Mr. Atul Johri is facing 8 FIRs under Sections 354 and 509. The all-male JNU Administration calls it "grievance of few students". Our elite police force @DelhiPolice is sleeping. Are these 9 women complainants not citizens of India?#ArrestJohri now.

If you are a BJP supporter then you can be a sexual predator and get away with it
9 cases of sexual harassment and this professor is not been arrested yet!@CPDelhi #ArrestJohri

How can sexual predators be allowed to walk around freely? Are the authorities scared to take action against him because of his political affiliation? This needs to stop! #ArrestJohri

Earlier on Monday, 54 professors of the university demanded registration of separate FIRs on the basis of all eight sexual harassment complaints against Johri.